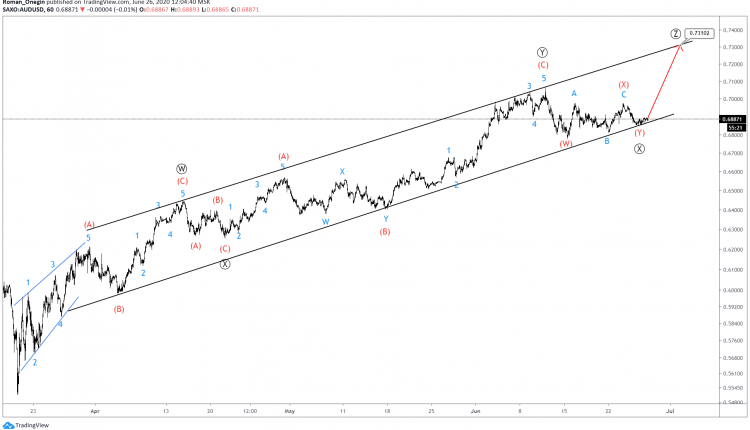 As part of the final wave, prices could extend near the 0.731 area. That is the upper channel resistance. 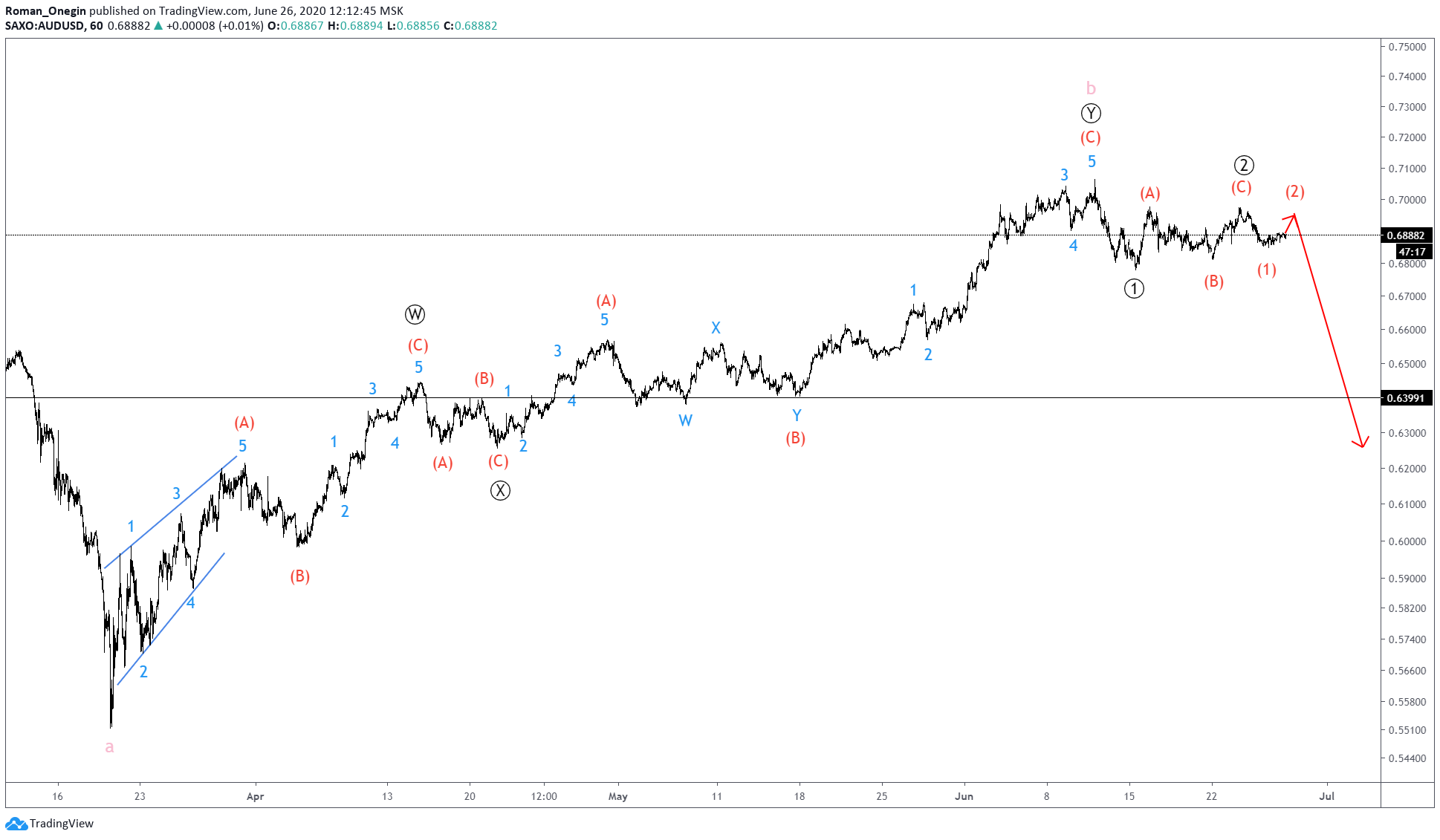 However, an alternative scenario suggests a bearish zigzag a-b-c pattern.

The cycle-degree corrective wave b seems fully complete as a double zigzag Ⓦ-Ⓧ-Ⓨ. Now we are moving down in the initial part of the impulse wave c.

In the short term, prices can be expected to decline below 0.639, i.e. below the low registered by intermediate wave (B).

How to Use the ATR MT4 Indicator