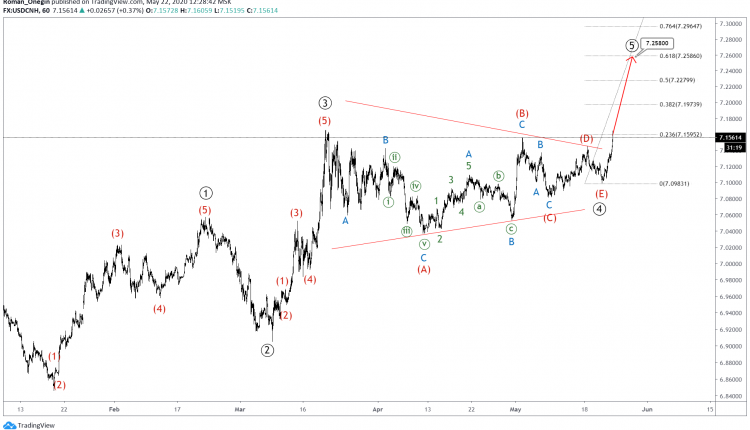 The first four parts of the primary degree pattern appear to be fully complete.

After wave ④ completed in a triangle correction, we saw the pair start to rise in the final wave ⑤.

The end of primary wave ⑤ could take prices near 7.25. This is the 161.8% Fibonacci extension of wave ③. However, a false break above wave ③ would also suffice. 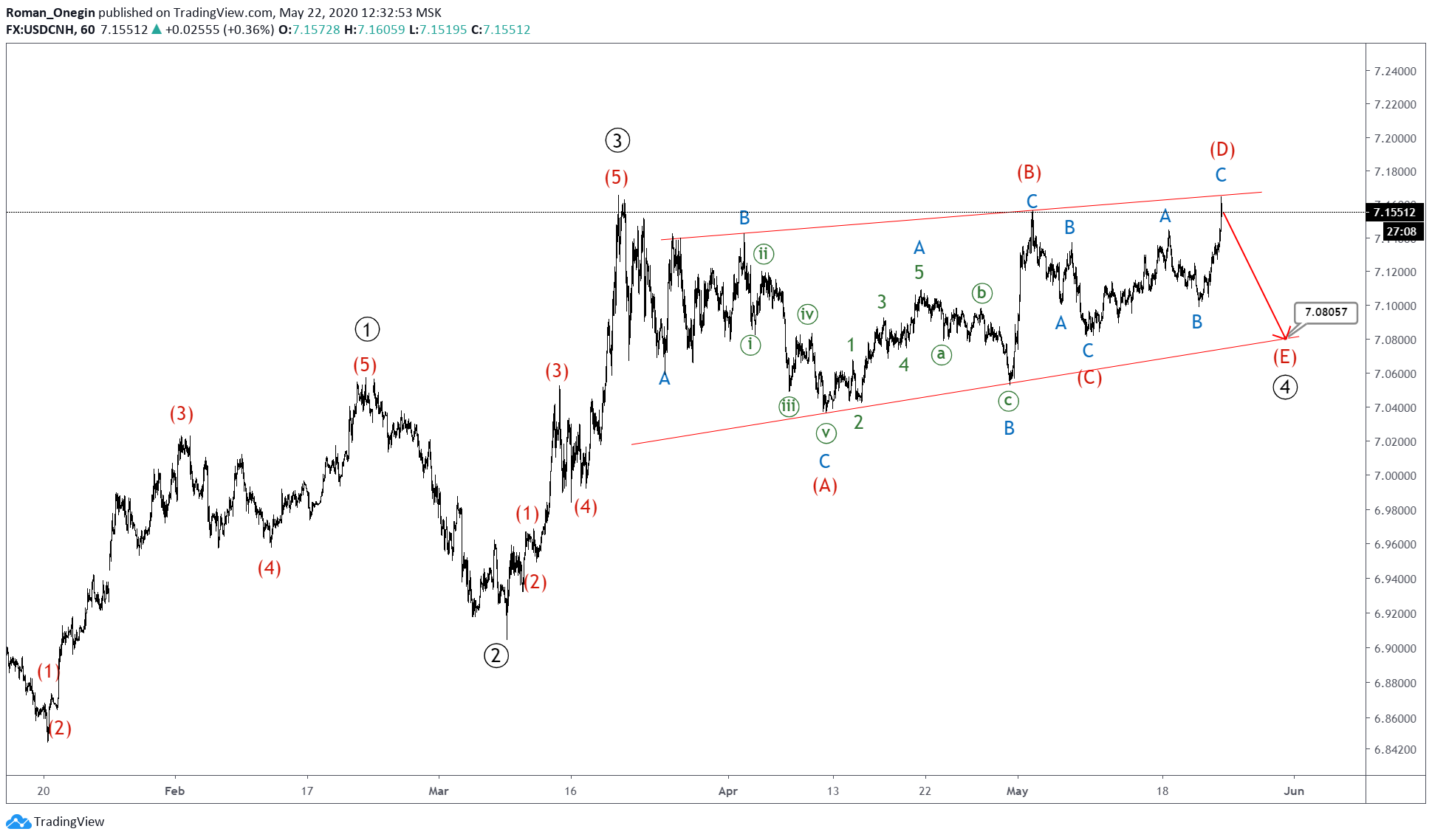 However, with this structure, we must consider an alternative scenario.

According to this projection, in wave (D), prices could turn towards wave (E) to finalize the triangle. Wave (E) could end near 7.08, and the lower triangle could intersect with prices.