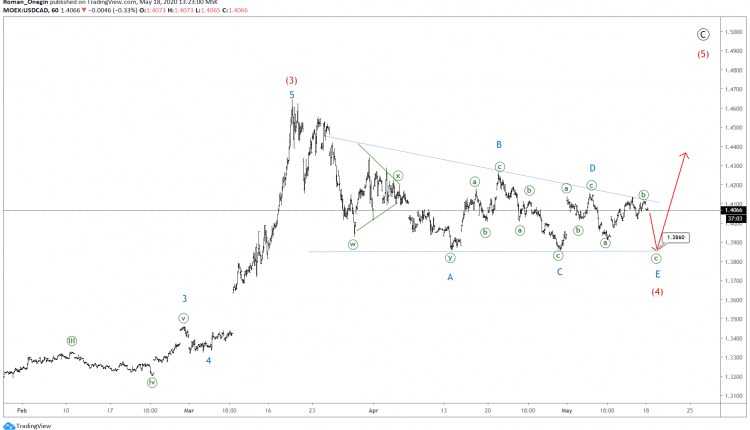 Price action on USDCAD suggests that we are trading within the last primary wave Ⓒ of a simple correction. Wave Ⓒ consists of five intermediate sub-waves (1)-(2)-(3)-(4)-(5).

With wave (3) completed a few weeks ago, we are now running through the corrective wave (4).

Its formation resembles a triangle pattern consisting of minor A-B-C-D-E sub-waves. The first four waves of the triangle have been completed, whereas the final wave E is under construction. Wave E is a simple ⓐ-ⓑ-ⓒ zigzag.

The end of wave E could lead to a price drop to 1.38. This level is the triangle support connecting waves A and C. 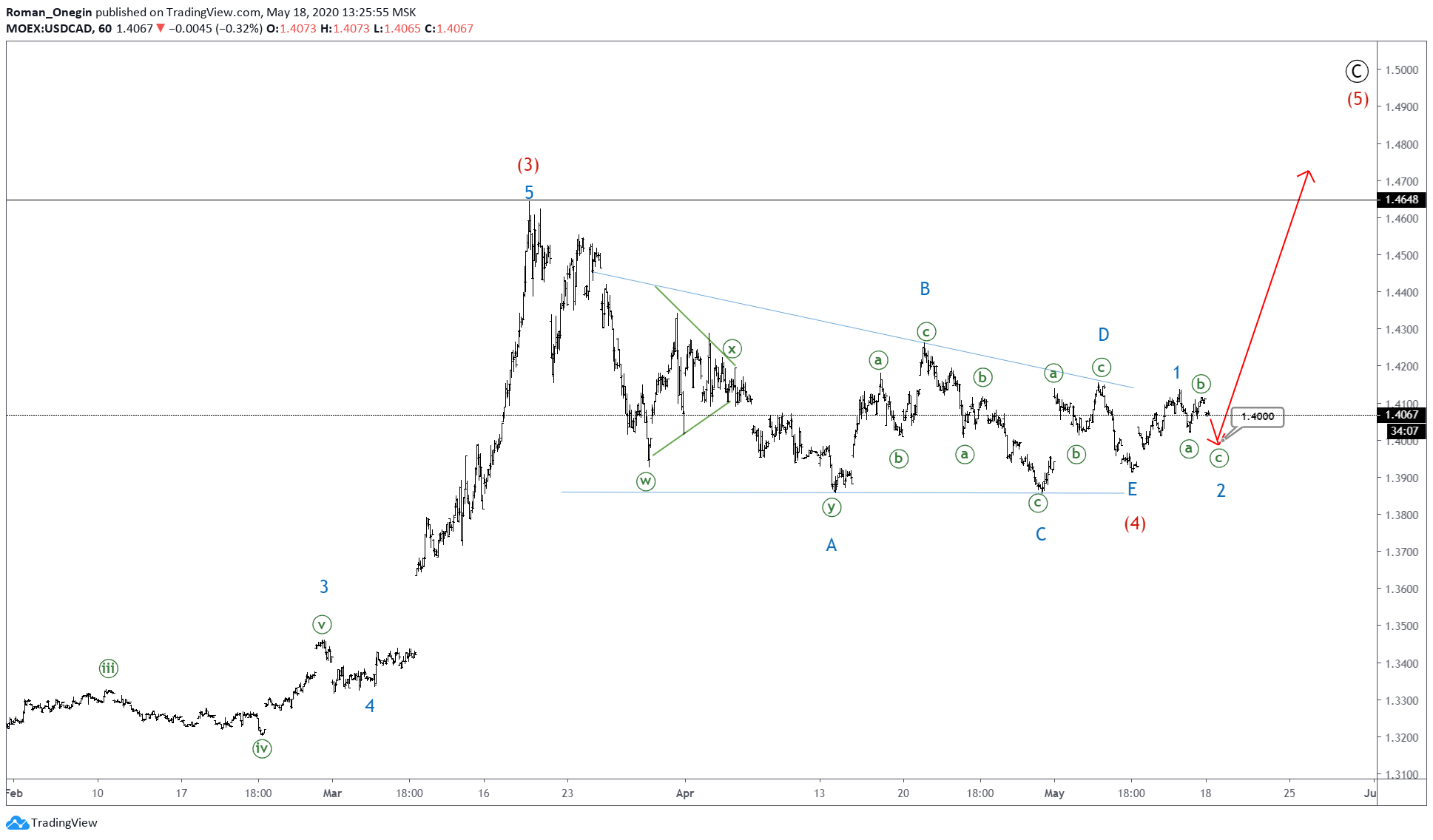 It is worth considering an alternative scenario. According to this view, the triangle pattern in wave (4) has been completed.

Thus, the most recent upside is part of the final wave (5).

That could be followed by the rest of the impulse waves, taking the pair to at least the previous high formed by wave (3).

What to Make of Upcoming UK Unemployment Data

Euro gets a boost from a softer USD