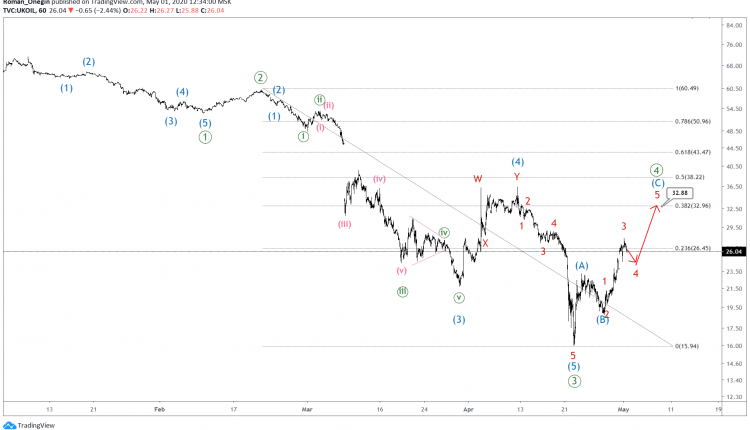 The current UKOIL structure suggests that the primary correction ④ is currently under construction.

Wave ④ consists of three intermediate sub-waves (A)-(B)-(C) and is a simple zigzag, where (A) is an impulse, (B) is a zigzag, and (C) is a 5–wave impulse that has not yet been completed.

In the medium term, we could expect the intermediate wave (C) to complete the impulse movement near 32.88.

At that level, primary wave ④ will be at the 38.2% of bearish impulse ③. 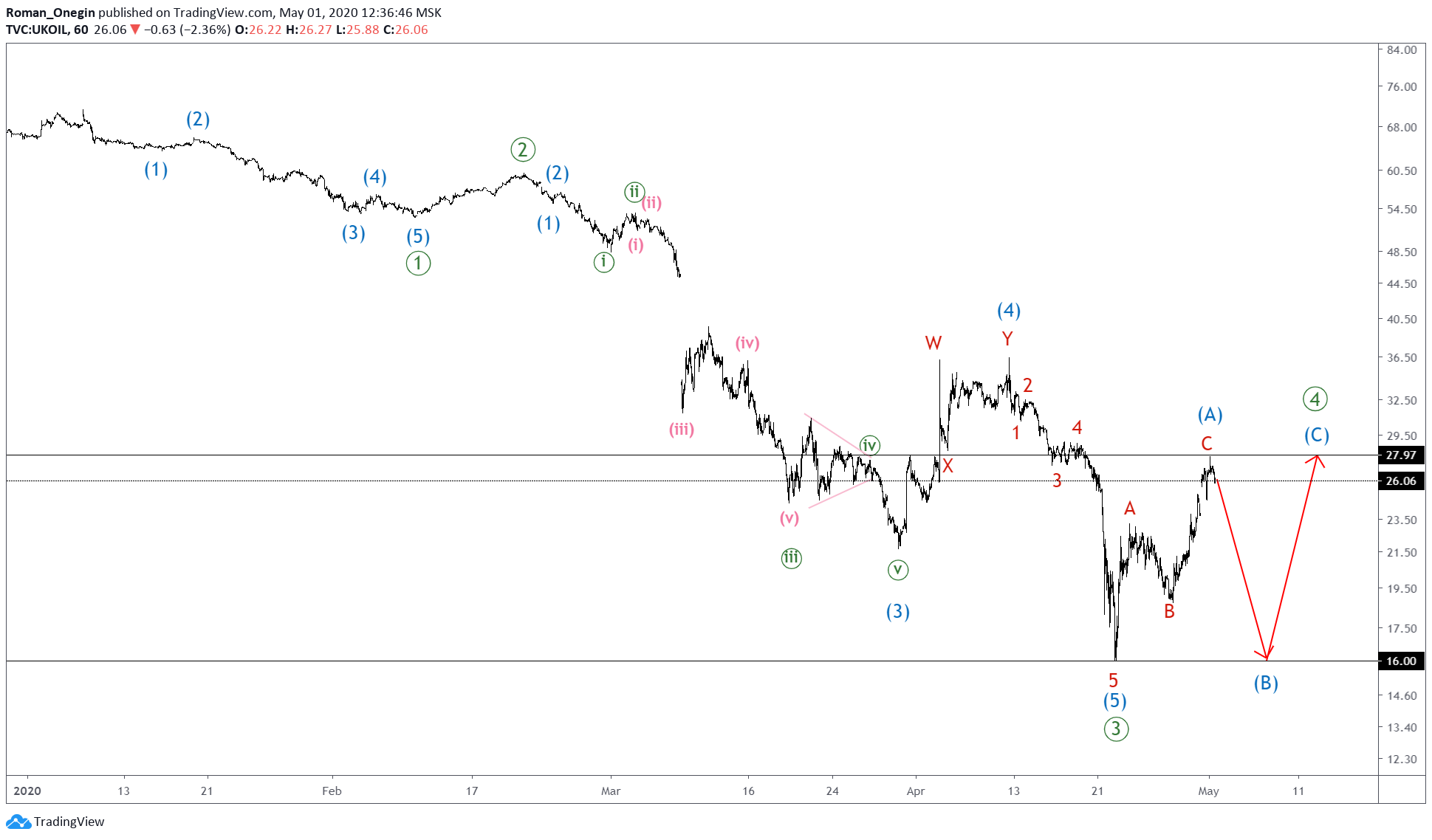 In this situation, an alternative scenario should also be considered.

In this variant, the primary corrective wave ④ takes the form of a flat (A)-(B)-(C), where only the bullish zigzag (A) is fully completed.

If this assumption is correct, then in the short term, we could see a price decline in the intermediate correction (B) to the level of 16.0, which is the previous low formed by impulse ③.

Then the market may turn and the price may rise in impulse (C) to 27.97, which is the maximum formed by the zigzag (A).