NZDUSD: Will the End of the Zigzag Lead to Losses? 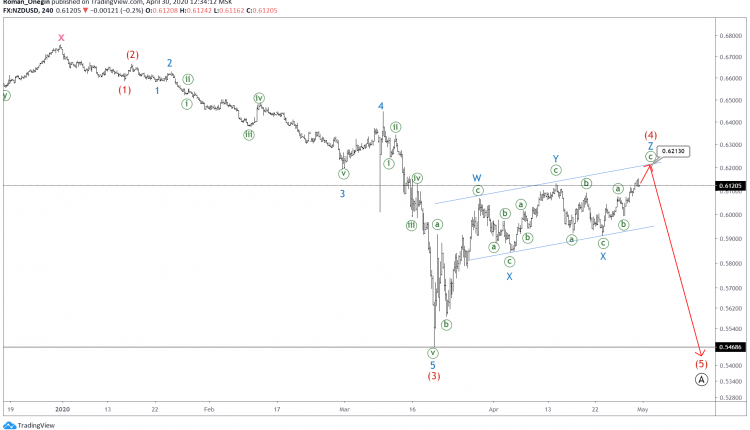 Currently, in wave (4), bulls could be in for a surprise as the corrective triple zigzag structure seems to be coming to an end. Most of the minor-degree waves are completed.

In the short term, bulls could complete the last wave, wave Z, near 0.6213. The target is a potential intersection between the ascending channel and price.

After completing the triple combination, we could see a 5-wave impulse below the previous low of 0.5468. 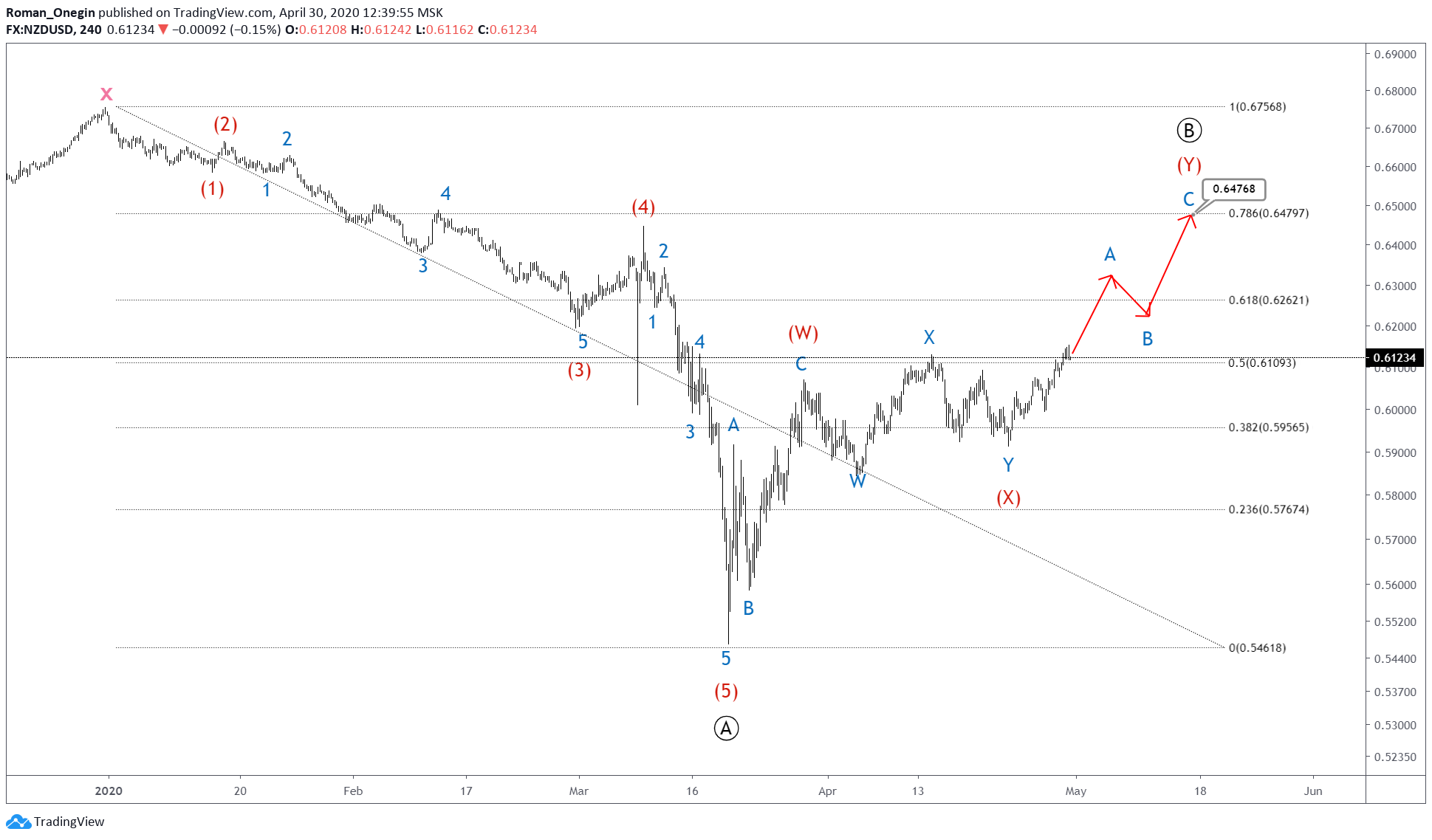 An alternative scenario indicates that the primary impulse wave Ⓐ has completed and we are now in corrective wave Ⓑ.

The formation of wave Ⓑ hints to a double zigzag pattern consisting of intermediate sub-waves (W)-(X)-(Y).

Waves (W) and (X) are complete. But, wave (Y), a minor-degree A-B-C zigzag, is on its way to completing the first impulse wave A.