Liquidity Crisis and its Impact Explained 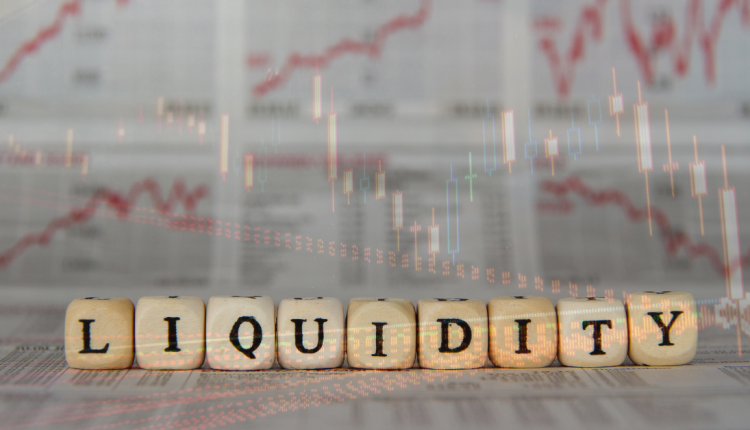 Thus, the effects of liquidity crisis can quickly snowball into something big if not managed promptly such as defaults on obligations and even bankruptcy.

In recent times, liquidity crisis has been mentioned in a financial crisis. This happened in late 2019 when the Federal Reserve had to inject money into the economy.

While the news reports sound scary, liquidity crises can happen under different circumstances. It was the liquidity crisis that started the dawn of the 2008 global financial crisis. Thus, one can understand why the term is so scary.

In order to understand liquidity crisis, we need to first understand what liquidity means in financial terms.

Cash is considered the most liquid asset. But at times, even cash liquidity occurs.

What Causes Liquidity Crisis in Banks?

Liquidity crises can occur in banks when there is a shortfall of money to go around. At the core of the liquidity crisis is the fractional reserve banking system. Banks are required to hold only a small percentage of their total assets as reserves.

This means that banks can use a large part of their assets into issuing loans and also creating various financial products.

When there is a shortfall of the cash reserves, such as large payrolls, or securities that are settling at a later date, banks turn to each other. Also known as the interbank lending market, this is where banks can borrow or lend money to other banks, known as overnight financing.

In a healthy economy, such overnight financing is an accepted practice. But when banks fail to lend money, it can lead to a cash crunch.

How Does One Manage a Liquidity Shortage?

Generally, banks turn to one another to fund the liquidity gap. For example, if Bank A is in need of 50 million USD for a day, they can easily get a loan from another bank, Bank B. The lending bank (Bank B), charges interest and a spread, depending on the creditworthiness of the borrowing bank.

The interest rate is determined by the interbank offered rate or IBOR. The overnight rates are usually the Fed funds rate in the US, the EONIA (European Overnight Index Average), SONIA (Sterling overnight index average) and so on. Depending on supply and demand dynamics, these overnight rates can rise or fall.

But when there is a liquidity shortage among banks themselves, the central bank acts as a lender of last resort. By conducting open market operations, central banks step in to provide much-needed liquidity.

Typically, central banks conduct repo operations, also known as repurchase operations. In these transactions, banks that need money put up collateral with the central bank. The collateral can be government securities or any other asset in a similar form and value.

The borrowing bank promises to buy back the collateral at a later date, giving the name repo. By doing so, banks are now able to fund their cash shortage. A central bank usually discourages lending to the large banks.

A Recap of the Liquidity Crisis in Late 2019

In hindsight, we now know that the Fed has been fighting a liquidity crisis since September 2019. The US Treasury triggered this. They were issuing massive amounts of Treasuries in order to fund the US budget.

This led to many banks buying up these debt instruments, thus sucking money out of the institutional markets. Around the same time, given that it was the quarterly month, a lot of cash settlements came calling as well. These included coupon payments on bonds and other international money market settlements as well.

Combined, this left a large hole among many US-based banks. Thus, lending within the interbank grew tight, pushing the short term interest rates high, briefly. It was only after the Fed stepped in, did liquidity turn to normal over a span of a week.

Why is Coronavirus Making Commodities a Better Proxy for FX Trading?

NZDUSD: Will the Impulsive Correction End Near 0.635?