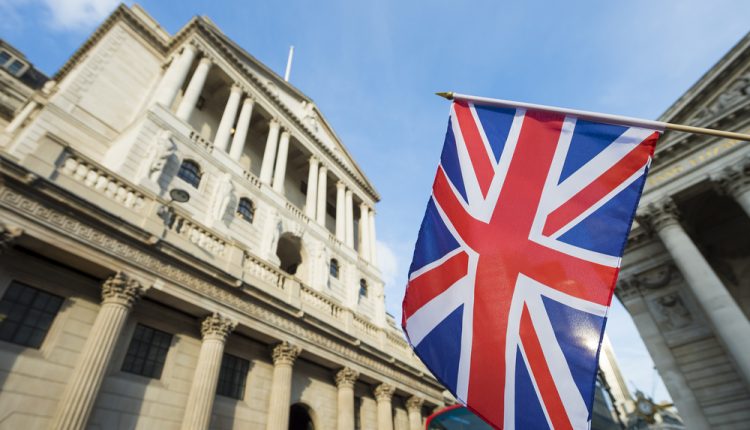 The pound sustains its biggest weekly decline in over four months after the Bank of England governor sparked a rethink of interest rate hike expectations for next month’s meeting. Is the BoE the latest central bank to panic over the rapid appreciation in its currency, or is there more to Carney’s comments?

In an interview yesterday with the BBC, Carney acknowledged that recent business surveys and retail sales data “have been a bit softer” and that “we’ll sit down calmly and look at it all in the round” “I am sure there will be some differences of view but it is a view we will take in early May [at the next meeting of the Bank’s Monetary Policy Committee], conscious that there are other meetings over the course of this year.”

Sterling’s declines began earlier this week with a miss in the CPI report. That was compounded Thursday as retail sales ex autos and fuel fell 1.2% compared to 0.6% expected. Many pointed to poor weather, but the report broadened GBP selling.

Carney’s reference to differences of view in May and softer data slashed the probability of a rate hike next month to 55% from as high as 90% earlier this week. Note that the May 10 meeting will coincide with the publication of the central bank’s quarterly inflation report and Carney’s elaborate speech on the earnings, employment, inflation and surely Brexit dynamics.  GBPUSD fell by more than 150 pips to below $1.4100, before dipping to $1.4036 today.

From the Bigger Picture…

Resurfacing concerns with Brexit also helped magnify sterling’s selloff on reports that the European Commission opposes the UK’s proposals of keeping the entire Kingdom in parts of the single market and customs union in order to avoid a visible border between the two Irelands. It is said that the European Commission is ready to offer such special status to only Northern Ireland.

While Carney referred to Brexit negotiations to ultimately determine the long term dynamics of investment and economic activity in the UK, he also reiterated his view that interest rates will rise in the coming year.

…to the next 3 months

Before reaching the May 10 decision, GBP traders will monitor next Friday’s release of Q1 GDP (expected 0.3% q/q from 0.4%), followed by the services and manufacturing PMI data the subsequent week.

Let us not forget that despite the decline in CPI to 2.5% from 2.7%, inflation remains well above the central bank’s 2.0% target. The pullback has been largely a result of sterling’s rapid rise –up 20% in the five quarters ending Q1 2018, which is the most rapid increase in any period of five quarters since the mid-1980s. Talking up the pound directly or otherwise has been an effective way for the BoE to help contain inflation without tightening monetary policy too rapidly. As cable recovers above the $1.40—a level served as a crucial foundation for three decades, it may be time for the BoE to temper its rhetoric.