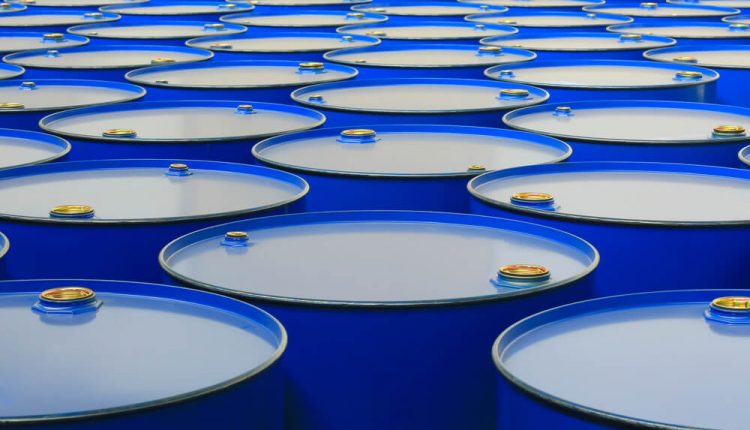 Crude Oil prices stabilised today as the latest data from the American Petroleum Institute showed an unexpected US crude stocks dip, with barrels in warehouses sliding by 1.05 million over the last week.  Following the recent rise in crude inventories, analysts had been forecasting another 3 million + build, so the negative figure took the market by surprise and added some relief for Oil bulls. However, the US Energy Information Administration has given bulls some cause for concern as they upped their 2018 production forecast this week. They predict that US crude production will reach 11 million barrels per day by the end of the year.

Crude Oil has been on an interesting ride over the last few weeks. After surging to fresh multi-year highs two weeks ago, Oil prices since lost ground. This is due mainly to a build up in US crude stocks. Data a couple of weeks ago showed that stocks of US crude rose at a faster than expected rate to 3.2 million barrels. This figure was far above the forecast figure of 126k barrels and highlights a strong shift in the supply and demand environment. Adding further bearish pressure was the increase in the number of US rigs, which has been rising rapidly over recent weeks. Indeed, the latest data shows that oil companies added a further 12 rigs in the US two weeks ago, marking the biggest weekly increase since March last year.

One of the main drivers behind the rise in US crude stocks has been the diminished level of US crude exports. Over most of last year the Brent and WTI prices tracked each other fairly closely, with Brent typically trading at minor premium to WTI. However, the spread between the two widened sharply in response to Hurricane Harvey, a storm that caused severe damage in the US and wiped the supply of several million barrels a day. Consequently, Crude inventories built up and the price of WTI fell even more against Brent.

Over late September 2017, the spread peaked at around $8 and resulted in a large boom for US oil exports, as WTI became far less expensive for foreign buyers. Over October last year, US oil exports were moving at around 1.7 million barrels a day, hitting a monthly record high, which was more than double the export levels seen in August.

However, over the last month the spread between Brent and WTI has fallen sharply, retreating from around $7 in December to $4 over the last few days. A large part of the reason for this is because the surge in buying which took place over 2H 2017 has drained the inventories that had built up and reduced the surplus, leading to a narrowing of the Brent WTI spread, which creates a challenging environment for further exports.

The rally in Oil took price up to just shy of the key 67.07 resistance which was the broken 2010 low and remains the key upside barrier now. To the downside, traders will be looking to a retest of the broken 2015 high to hold as support. Below that level the base of the breakout around 55.42 (the broken 2016 high). If these support levels hold and oil can sustain a further run to the topside, the next key objective above the 67.07 level will be the 74.82 level which is the broken 2011 low an area of major prior support.