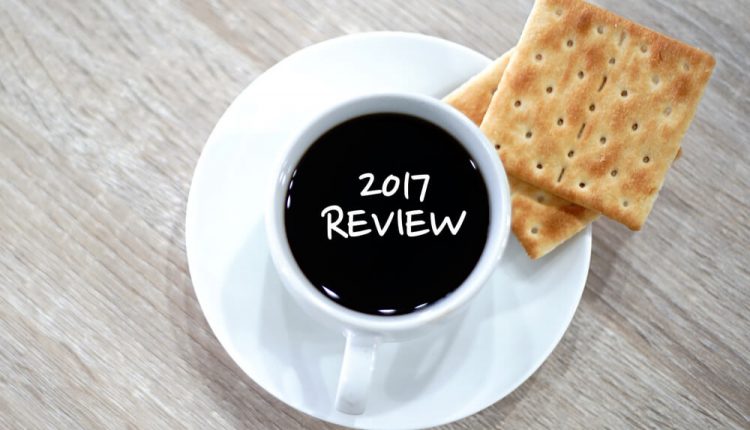 The year 2017 was a very eventful one, and a year when geopolitical uncertainties drove market trends globally. The year saw a massive surge in the US stock markets, ahead of the proposed tax cuts, a slump in the value of the British pound due to the Brexit drama, and surprising growth for the European and Asian markets. South Africa went and came out of recession with flair. Let’s examine in a bit more detail the 2017 Market Events Roundup and the major events that happened throughout the year.

European markets started the year with a bang, with the final Eurozone manufacturing PMI standing at 54.9 points, the highest since 2011. Rising energy costs accelerated inflation in Germany, as consumer prices rose to 1.9%, the highest in 3 years. However, nothing compares to the significant development in the US, as President Trump imposed a travel ban on seven Muslim majority nations, causing a retreat in the equity markets, globally.

After President Trump promised details on his proposed tax cuts, the US stock markets went crazy, with the S&P 500 and Nasdaq Composite Index showing massive surges for 5 consecutive days. At 4.8%, the UK unemployment rate was at its lowest, possibly in a decade. Speaking of low levels, the German GDP saw growth of only 0.4%, as compared to the forecasted rate of 0.5%.

Inflation kept on hounding countries in Europe, along with China and America, till mid-March, with growth in CPI of 2%, 7.8% and 2.7%, respectively. South African inflation seemed to be easing and, by all reports from SARB, current account deficits were being narrowed. So far so good; till the huge cabinet re-shuffle took place, leading to a credit downgrade for the nation. Q1 ended with British Prime Minister Theresa May launching the two-year process of the Brexit negotiations, leading to a slump in the value of the pound sterling.

South Africa continued to be in the news, with both Fitch and S&P giving poor grades to its long-term local and foreign currency debt. France outperformed Germany, when its PMI unexpectedly reached a 6-year high, leading to an overall European economic expansion. The Nasdaq climbed to 6,000 and the Dow continued to surge, due to strong quarterly results reported by major Blue-chip companies like Amazon and Alphabet.

European stocks remained unaffected by Macron’s electoral victory in France. Moody’s downgraded China from Aa3 to A1, due to concerns over debt expansion. The news of production cuts by OPEC, surprisingly, saw oil prices drop to below $50/barrel.

With an unemployment rate of 27.7%, the highest since 2003, the South African economy plunged into recession, with the GDP declining 0.7% after Q1 2017. On the other hand, Europe showed a trend of continuous growth, with a rise of 0.6% in the GDP of the euro area. Theresa May saw resistance from her own countrymen against her methods of Brexit negotiations. The political unrest did not help the economy, with inflation continuing to rise, reaching a four year high of 2.9%. The US Fed raised interest rates again, for the fourth time in 18 months.

China saw good economic recovery, with Q2 GDP growth of 6.9%, while UK’s GDP growth remained slow-paced at 0.3%. The significant development was a surge in Asian shares, with the MSCI Asia Pacific Index rising to the highest level since December 2007. This was a result of strong earnings by regional key companies and dovish comments by the US Fed.

South Africa finally got a breather, after President Zuma was elected to continue, leading to a drop in inflation and rise in credit ratings throughout the month. Strong consumer spending kept up the momentum of economy growth for the US. Higher energy prices increased consumer prices in the EU, accelerating its inflation figures.

South Africa came out of recession. President Trump released statements to cut corporate taxes from 35% to 20%, leading to frenzy in the US stock market. The British pound continued to spiral downwards, as geopolitical uncertainty continued to loom over the UK, leading to a rise in inflation of 2.9%.

Global markets seem to have remained unaffected by the rising tensions between the US and North Korea, as well as rising instabilities in Catalonia and Venezuela. US equity markets remained upbeat. The Eurozone’s Q3 GDP growth beat expectations and inflation remained subdued. The UK economy also saw modest growth in Q3 against expectations, with Brent Crude oil prices reaching $60/barrel and the pound climbing to a two-month high. Japan’s equity market surged after the coalition victory in the general elections. The US passed the 2018 budget, laying the outline for tax cuts.

US tax reforms dented the demand for gold as a safe haven for investors, leading to a slump in the value of the metal; the lowest in 4 months. However, the value of gold surged mid-month, after the US tax bill was found to have limited impact. After the Congress overhauled the US tax code, slashing corporate taxes, the European markets closed on a higher note, despite reports of Catalonia going to the polls after several months of political uncertainty. Traders closed position ahead of the upcoming Christmas and holiday breaks, leading to a slump in oil prices.

Let’s hope that after the volatile 2017 Market Events Roundup, 2018 is another year of market movement and opportunity.