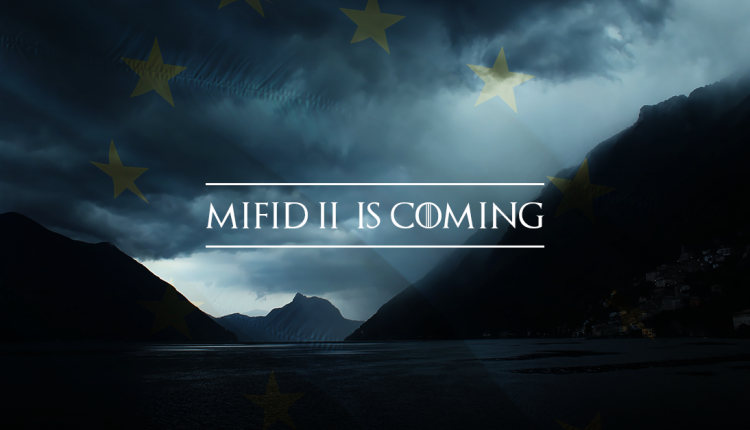 MiFID II has been the latest buzzword recently among the institutional trading circles. With some major changes expected to be implemented come January 3rd 2018, the retail Forex trading sector is also likely to be affected by the changes. But what are the MiFID II effects?

Dubbed as one of the most ambitious plans for the EU, the MiFID II comes as part of the bigger scheme by EU officials, in order to create a single financial market for the European Union. This is expected to create a bigger market, that is expected to dwarf the capital markets in the United States.

So what is MiFID II and what’s behind the buzz?

What is MiFID II?

MiFID, short for Markets in Financial Instruments Directive is legislation from the European Union. The legislation is a framework that is aimed to regulate firms that offer financial services that are linked to the instruments.

These include, shares, bonds, collective investment schemes, exchange traded funds, foreign exchange and the derivative markets. It also includes the venues where these instruments are traded.

For the most part, the derivatives instruments are traded over the counter. Therefore, one of the MiFID II effects is delivering more transparency and regulation to the OTC markets as well.

MiFID II is a revamped version of the previous legislation, MiFID I. According to EU lawmakers, the new framework is expected to offer greater protection to investors and increases transparency across all the asset classes mentioned.

The directive is said to be the EU’s most ambitious plan, with just about everyone being affected by the framework, one way or another. Most importantly, this includes banks, fund managers, exchanges, trading venues, high frequency traders, brokerages, pension funds and retail investors.

The MiFID regulations are wide and far reaching. This means that even if an investor, based outside the EU, trades an underlying product or its derivative which is in the EU, it falls into the scope of the framework.

Even traders who are based outside the EU, when they trade non-EU financial products, but trade with a broker or an exchange that is based in the EU, this too falls under the scope of MiFID.

What impact does MiFID have for retail forex traders?

The MiFid document does not clearly spell out everything in detail and there is more ambiguity when it comes to the over-the-counter spot forex markets.

Still, according to some experts the major changes that traders can expect after the directive is implemented are listed below.

One of the main MiFID II effects is that traders should experience greater transparency as reporting requirements increase. This means that traders can get access to information from their broker concerning aspects such as; who the counter party was for their trade, the price that they received, and the venue where the trade was executed.

What this means is that; traders who trade with a broker that claims to ECN or STP can easily find out if their trade was booked straight through, or if it was the broker themselves who was the counter party.

The reporting is also expected to be done T+1 (one day after trade date) and will consist of the above information.

For retail traders this amount of transparency spans across not just spot forex, but also equity CFD’s that have an exposure to the underlying instrument based in the EU.

Most importantly for the trading community, is how to enforce the reporting requirements and also the trading venues. For the most part, the MiFID II framework is expected to be expanded, which is quite likely to remove the current ambiguity that exists when it comes to spot forex trading in the retail sector.