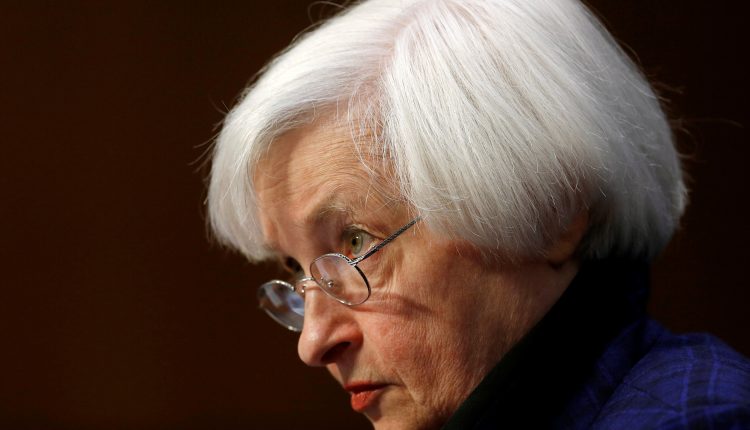 The week ahead will be a busy one with various central bank meetings lined up. Among the meetings, the FOMC’s monetary policy meeting on Wednesday stands outs as the central bank is widely expected to hike interest rates. The ECB and the BoE meetings will remain in the background with no major changes expected.

On the economic front, data next week includes the inflation and monthly jobs data from the UK. The U.S. will also be releasing the monthly inflation figures. The Australian jobs report is also due this week. Investors will have lots of data coming out this week which is expected to keep the markets busy.

The FOMC meeting will be held this week and will be one of the last few meetings that will be chaired by Janet Yellen. As widely expected, the central bank officials are expected to hike interest rates by 25 basis points this Wednesday. This will bring the U.S. short term interest rates to 1.50%. The rate hike, which remained doubtful, became clear after last week’s payrolls data did not spring any surprises.

The FOMC meeting will be followed up by the press conference from the Fed Chair Janet Yellen. The staff economic projections will also be released including the famed Fed’s Dot Plot. Investors are expecting that the Fed would signal at least three rate hikes next year.

This view gained traction after President Trump’s tax reforms were passed by the Senate. The tax cuts alongside an economy that has gained momentum is expected to keep the central bank officials on its toes. With the exception of a downturn in the U.S. economy, at the current pace, the next earliest rate hike is expected by March 2018.

With the Fed governor, Jerome Powell most likely to be the next chairman of the Federal Reserve, his views have remained consistent in pursuing continuity to the current Fed policies. This means that the central bank will be focusing on gradual rate hikes in the coming year.

Besides the FOMC meeting this week, economic data includes the monthly inflation report and the retail sales figures due to come later in the week.

With the holiday season coming up, retail sales are expected to gradually increase. This is also expected to remain supportive that inflation remains stable. Consumer prices in the U.S. have remained well below the Fed’s 2.0% inflation target rate. However, central bank officials maintain that a tightening labor market will eventually push inflation higher.

SNB, ECB and the BoE to stay on the sidelines

While the Federal Reserve’s monetary policy meeting dominates the week ahead, other major central bank meetings include the Swiss National Bank, the European Central Bank and the Bank of England. All three central banks are expected to keep monetary policy unchanged.

The SNB is seen leaving its 3-month LIBOR rate unchanged at -0.75%. SNB President Jordan is expected to stick to the narrative of calling the Swiss franc overvalued. Meanwhile, with the ECB announcing the tapering in October, the December meeting is expected to remain a non-event.

The Bank of England will convene on Thursday. The meeting comes after the monthly inflation data comes out earlier in the week. This is later followed by the monthly jobs report as well.

While inflation showed signs of easing in October, it still remains well above the BoE’s inflation target. Wage growth from the previous month remained flat with initial signs of weakness in the UK’s labor market.

The Bank of England is expected to make no changes to interest rates after it only hiked rates recently. Forward guidance will be crucial for the BoE’s meeting as investors look to signs for the next rate hike.