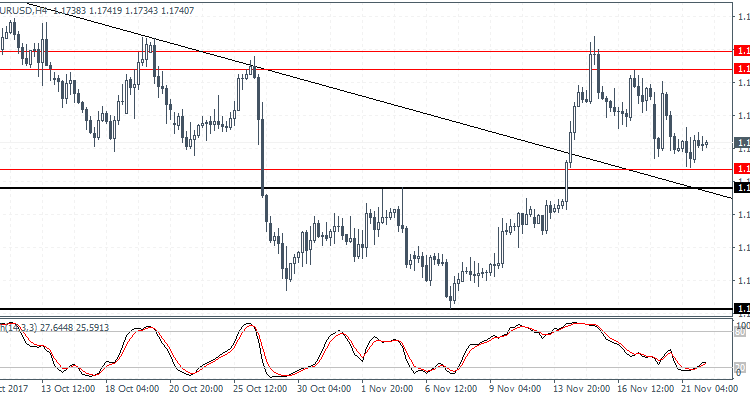 The U.S. dollar was seen trading mixed as the dollar weakened against the yen and the price action against the euro was subdued. On the economic front, data was also limited. The Fed Chair, Janet Yellen spoke yesterday where she said that the central bank was reasonably close towards achieving its dual mandate. Yellen said that interest rates in the U.S. will start to rise gradually. However, her comments did not move the markets much.

The FOMC meeting minutes will be the main highlight of the day. However, the Fed’s minutes are unlikely to show any surprises. Later in the day, New Zealand’s retail sales data will be released.

EURUSD (1.1740): The EURUSD closed with a spinning bottom candlestick pattern yesterday. This comes just a few pips above the support level at 1.1700. Price action remains biased to the upside, despite the declines in the past few days. In the near term, we can expect EURUSD to touch down to the support level at 1.1700. This will potentially see the common currency attempting to bounce off this level. On the upside, the previous resistance formed at 1.1843 – 1.1822 is likely to be tested once again. A breakout from this resistance or support level will determine the next leg of direction in the EURUSD.