Who’s Next at the Fed? 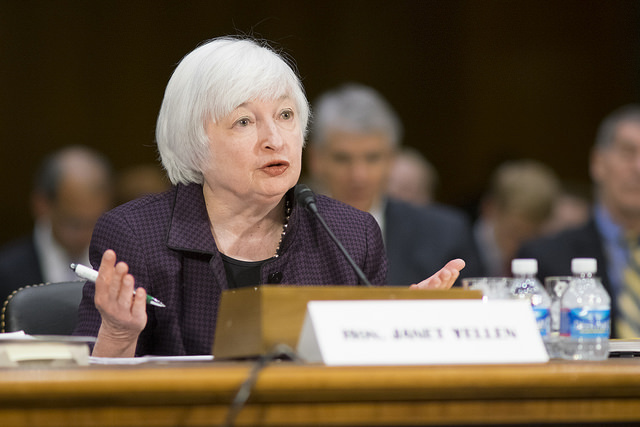 President Trump is likely to announce his pick for a new chairman to the Federal Reserve before his trip to Asia scheduled for next week. This means an announcement for the Chair and vice chair at the Fed is imminent by the end of this week.  Here are the final candidates as revealed by Trump, which could occupy the top 2 jobs at the US central bank.

John Taylor – Stanford University professor and former Treasury official under the George W. Bush administration.  Taylor is the creator of the monetary policy named after him, aimed at working out the Federal Reserve interest rate using variables such as inflation, Fed Funds interest rate and GDP growth.

Financial market participants are known to label Fed candidates based on past policies, actions, and speeches. But an important characteristic that is neither known nor tested is their ability to steer and shape opinion in a committee using their economics/markets acumen and influence.

Powell was a Treasury official under George H.W. Bush. He is seen as less hawkish than Taylor, Warsh and even Yellen, which could favour his candidacy. Some Republicans may oppose Powell for being not sufficiently tough in opposing the Fed’s post-Dodd Frank regulatory measures. Overall, he is the steady hand at the Fed and the least likely to cause market volatility.

Yellen was criticized by Trump last year for her policy-making, but the president has recently expressed his liking for the Fed chair, praising her for being a “low-interest-rate-person.” The most likely reason for his change of heart is that most US presidents in their first-term consider low-interest rates to help them get re-elected, especially as his expansive spending plan will require lower interest rates to prevent the cost of debt from soaring higher.

A Taylor pick by Trump would be considered a radical change in monetary policy. His ‘Taylor rule’ is believed to currently require a much higher interest rate according to the formula, which would lead to significantly tighter monetary policy, something not desired by a president widely known to prioritize job creation and a competitive US dollar as the basis for getting re-elected.

But there is a chance that markets maybe wrong about Taylor. The Taylor formula could produce several potential target interest rates based on several inputs that include the assumed “neutral” interest rate and the appropriate level of inflation. In other words, the output of the model could depend on the range of assumptions about current and future inflation.

Warsh is considered too young and lacking the academic credentials to occupy either of the top 2 jobs at the Fed. His father-in-law, a major donor to the Republican Party, was instrumental in helping him be appointed as Fed governor at the age of 35. In 2009, when US unemployment was at 9%, and growth was negative, Warsh told Fed colleagues he continued “to be more worried about upside risks to inflation than downside risks”. Nonetheless, if Warsh is seen as a fervent backer of Trump’s tax cuts, then things will be again different. Therefore, a surprise appointment may not be…a surprise.

Cohn’s role at the White House is comprised of pushing tax reform to Congress. His position is so crucial to the extent that Trump cannot afford to lose him.

When President Trump was asked about his possible Fed choices by Fox News last week. His response was the following:

“I’ve been seeing a number of people, and most people are saying it’s down to two, Mr. Taylor, Mr. Powell. I also met with Janet Yellen, who I like a lot. I really like her a lot. So I have three people that I’m looking at. And there are a couple of others. I said I will make my decision very shortly, pretty shortly.”

The past 2 weeks have demonstrated markets’ knee-jerk reactions to the above candidates. A notable rise in US yields and the US dollar ensued when Trump publicly expressed his liking for Taylor.  The reverse occurred on reports that Yellen was called for a 2nd meeting at the White House—on the basis that her candidacy is stronger than previously thought.

Such are simply knee-jerk reactions, whose rationale will draw much scrutiny in the business and mainstream media. But the impact is unlikely to last as the new Fed chair’s ability to build consensus as well as the voting machinations among the Board of governors and district presidents should generally take precedence over the identity of Trump’s choice for Fed chairman.