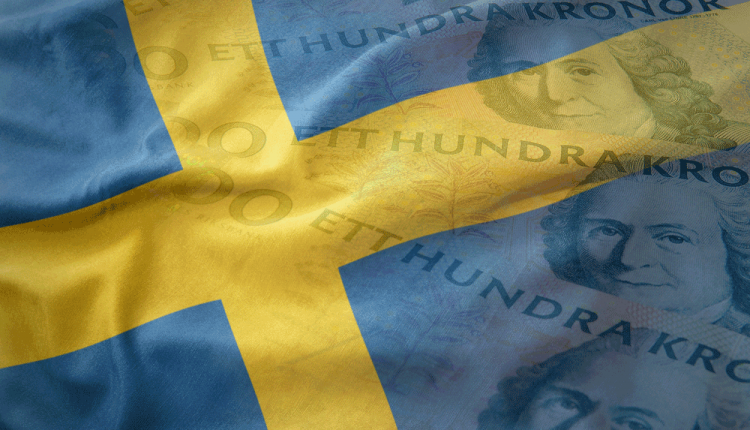 Sweden Inflation below estimates in September

Last week, inflation data showed that consumer prices rose 2.1% on a year over year basis in September. This was below the consensus estimates of 2.4% and was down from August inflation data of 2.2%.

The inflation report showed that the CPIF-inflation was at 2.3% on a year over year basis in September and was lower than the Swedish Riksbank’s forecast of 2.4%. Core CPIF which excludes energy prices was also lower at 1.9% on a year over year basis, missing the central bank’s forecasts as a result. However, the 1.9% core CPIF comes after prices were above 2% for the months of July and August.

The weaker than expected inflation data saw the markets adjust the rate hike expectations from the Riksbank. The central bank, according to market estimates is now expected to hike rates around the second half of next year.

The Riksbank is expected to meet later this month where it is expected to remain on the sidelines as a result of the latest inflation data. Markets will be looking for guidance from the Riksbank, and it will be left to be seen if the central bank will offer any clues on future rate hikes.

When the central bank met last month, there were no major changes made to monetary policy from the Riksbank. The central bank indicated that the economic signals were good however, cited that global inflation continued to remain muted. The central bank stated that the stronger GDP growth witnessed in the second quarter and the unemployment rate staying low were positive signs.

The Riksbank however stated that; it took a lot of time and support from monetary policy to bring inflation to the current levels, as well as the inflation expectations. The central bank cited that further evidence was needed, that growth was broad-based and more importantly, that the inflationary pressures were here to stay.

Despite the weaker inflation data, economists expect to see a pickup in inflation in the coming months. The underlying inflation factors continue to remain which is expected to keep the Riksbank on track. This comes largely due to other factors such as growth which has remained robust.

The Riksbank is also expected to remain in a cautionary state when it comes to the Eurozone. The central bank governor, Stefan Ingves had previously made it clear that the Riksbank would prefer to watch the ECB for the next monetary policy response.

The ECB is expected to announce another round of tapering to its bond purchases that will bring down its QE purchases by half starting January 2018. Ingves said that the ECB’s response would ensure that there is no monetary policy divergence between both the central banks.

NAFTA Renegotiations in Tatters As Trade Talks Break Down