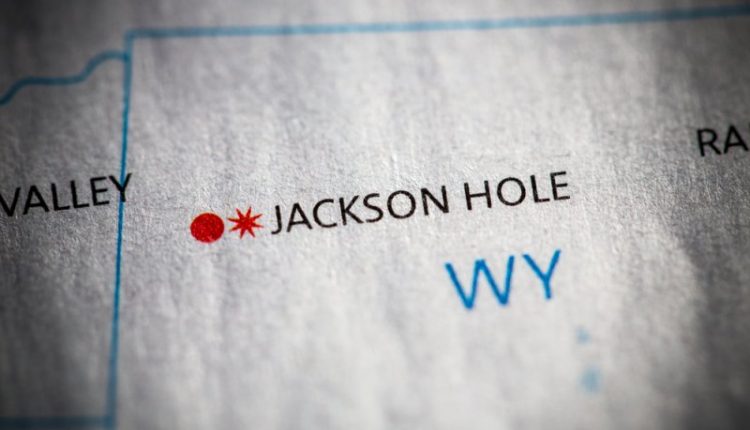 If the markets are still talking about the “Sintra Accord”, then Jackson Hole is quite likely to bring with it some expectations. Not so long ago, central banks convened in Sintra, Portugal. Here, surprisingly many central bank chiefs came out strongly hawkish.

This included the BoE Governor Carney, BoC’s Poloz and the ECB’s Draghi. The hawkish comments from the respective central bankers helped to fuel the respective currencies, thus weakening the US dollar. The Sintra Accord wasn’t that different to the Shanghai Accord last year. Rumors about combined efforts from central banks to weaken the US dollar is something that is the talk of the town in the currency markets.

With the Jackson Hole Symposium due this week, starting from Thursday, the markets could see the return of volatility. The focus is, however, likely to be the ECB which has already signaled that officials had deliberated about changing its forward guidance at the July meeting. The ECB’s meeting minutes were released last week.

The month of August is historically a quiet month with most of the traders heading out for the summer holiday. Amid the lack of any major market moving events, this week’s Jackson Hole symposium could potentially bring back the volatility. Although there is a chance that it could pass off as a non-event.

So far the Federal Reserve has remained on the sidelines, especially with inflation continuing to slow. This comes amid tightening conditions in the labor market. The most recent Fed minutes of the meeting showed that officials were divided on this.

Some members of the FOMC flagged concerns that inflation could continue to remain tame in the near term, well below the Fed’s 2% targeted rate. On the other hand, members were of the view that the tighter labor market could potentially lead to stronger wages, which could risk an overshoot of inflation.

For the moment, the Fed has taken the middle ground and maintained a cautious tone in regards to inflation.

That said, the central bank still has plans to go ahead with its balance sheet normalization. Market expectations point to this happening as early as September. The FOMC minutes also showed that some officials were hopeful to hike rates one more time by the fourth quarter this year.

Ahead of #JacksonHole! The financial markets graph of this decade! #Centralbanks pic.twitter.com/1JZ1ex3iD2

In contrast, the Bank of England is in a policy dilemma. Unlike the United States where inflation is weak, but the labor market is showing signs of optimism, it is the reverse with the BoE. Latest inflation data showed moderation, but consumer prices still remain high at 2.6% on the year.

Wage growth, on the other hand, continues to lag. This is expected to put a squeeze on the UK households as a result. Retail sales numbers also released last week showed a modest increase of just 0.3%. This was after retail sales rose to a revised 1.3% the month before.

The European central bank, on the other hand, is quite likely to tweak its forward guidance to a more hawkish note. Minutes of the meeting released last week showed that the ECB’s governing council deliberated on changing its forward guidance but refrained from doing so at the July meeting.

Still, the central bank’s minutes made it clear that it would begin to taper its QE purchases sooner than later, falling in line with the market expectations.

Inflation and economic growth in the Eurozone continue to remain positive, rising at a steady pace. This potentially puts the ECB in a mix. Turning too hawkish before there is strong evidence of growth and underlying inflationary pressures could potentially backfire, something which Draghi is quite likely to avoid.

Amid a host of questions, this week’s Jackson Hole symposium might offer some glimpses into the respective central ban’s direction on monetary policy.