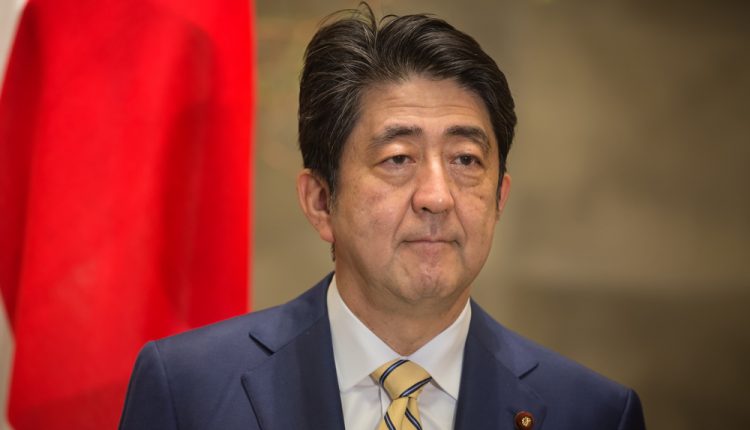 Negative economic releases, scandals and polls are surrounding the Japanese Prime Minister Shinzo Abe, who appears to have switched to crisis management mode, leading the Japanese Yen to decline further since the beginning of the week.

The support for the Japanese Prime Minister Shinzo Abe slumped to record lows in multiple media polls over the weekend.

One of the well-known newspaper who generally seen as supportive of Abe’s government, found support for Abe’s cabinet had fallen 13% compared to a previous survey last month.

Asahi daily and NTV also conducted another poll and found the same results.

Another bad news came in for PM Abe came in last week, after his ruling party’s worst ever performance in Tokyo elections, leading him to cut short his trip to Europe and expedited a cabinet reshuffle in a bid to restore public support.

Such event means that he would face potential challengers in party leadership race next year and must hold a general election by December of 2018.

PM Aby’s Chief Cabinet Secretary noted few days ago that they want to accept the recent fall with sincerity as the opinion of the people. Admitting that they lost the public trust means significant decisions are likely to be taken over the coming weeks.

On the other hand, Senior party lawmakers including Foreign Minister and former Defense Minister are growing increasingly critical of Abe, with local media saying that both are likely to emerge as leadership rivals.

Abe has been hit by a series of scandals and minister gaffes. Abe has stumbled over his handling of a cronyism scandal involving one of his own close friends.

He’s also faced opposition to his plan to rush through a revision of the pacifist constitution.

More than two-thirds of respondents to the Yomiuri survey said Abe’s administration had grown arrogant after being in power for an extended period, while 72 percent said more explanation was needed about the scandal involving a veterinary school run by his friend. A former bureaucrat who spoke out about the issue is giving testimony in parliament this week.

Since the beginning of the week, negative economic figures are hitting Japan, including the Machinery Orders and Current Account. 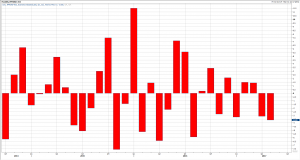 The MoM Core Machinery Orders declined by -3.6% in May, posting the second monthly decline in a row and the biggest MoM decline since August of last year.

The YoY Core Machinery Orders also slowed down back to 0.6%, down from 2.7% compared to the same period of last year, despite the fact that the estimates were to rise further to 7.7%. 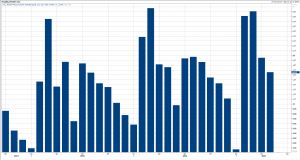 Finally, the Current Account Surplus slumped back to 1.65T Yen down from almost 1.9 Trillion Yen, which is the lowest surplus since January of this year and the second monthly decline in a row. 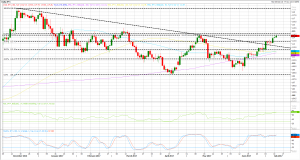 However, such move should be watched closely over the coming hours, as 114.30’s represents the top of May, which led to a decline back to 109.0.

A Complete Guide to Fundamental Analysis in Forex