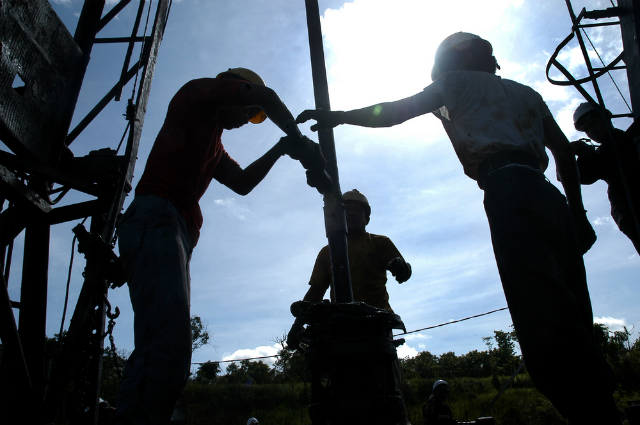 It’s been almost a month since the OPEC members met and decided to extend December’s deal for another 9 months until March of next year.

Since then until now, Crude Oil prices did not even rise above the price at which OPEC has announced that extension. In fact, Crude Oil prices are now below the low of the year, posting the lowest level since November of last year.

Why Is Crude  Declining?

We said this many times before: extending the current deal is unlikely to push the prices higher. Why? If the initial deal has failed to support the prices or even to keep the prices higher near this year’s high, then don’t expect the prices to rise when they extended the same deal. 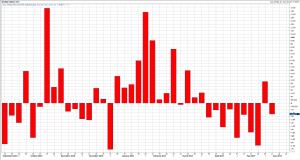 One of the reasons for yesterday’s decline came on the back of the US Cure Oil Inventories, which came in less than expected, declining by -1.7M last week compared to a surplus of 3.3M barrels the week before, while the estimates were to decline by more than -2.3M barrels.

Since Crude Oil is unable to stabilize or to rise within the implementation of the current output deal, further actions are needed.

We are not talking about small cuts; we believe that it needs another 500K to 1M barrel in order to stop the current declines. Moreover, since the global inventories keep on rising, smaller cuts will not do the job.

As we saw many times before, throughout last year and this year, whenever Crude Oil prices decline for whatsoever reason, OPEC comes in to support the prices.

However, the only intervention they did were plain remarks, statements, comments, and promises through the media, trying to build up the hopes for a possible deal in the future.

With Crude on the downside once again, posting new lows for the year, especially that we are now below December’s deal levels, expect OPEC and Non-OPEC members to intervene through the media once again.

However, this time, they are likely to mention the possibility of deeper cuts in their next meeting. Yet, as long as there is no action, expect deeper declines in Crude prices.

The tensions are at its extreme levels between some of the Arab countries and Qatar; experts are panicking, considering that Qatar may withdraw from OPEC deal.

Even if Qatar does so, traders shouldn’t forget that Qatar’s share is only 30K barrels, which does not affect OPEC deal and can be distributed among the rest of OPEC members.

Levels To Watch Ahead 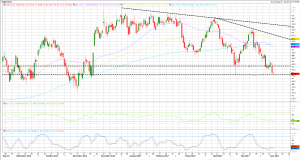 Brent Crude fell back below the recent lows for a limited time only. However, the most important level to watch now stands at $46.63, which should be watched very carefully, as a breakthrough that support would clear the way for another leg lower.

The next immediate support would be the $46 followed by the key support of $45 which represents its psychological support where buyers are likely to appear. On the upside view, any rally is likely to be limited below the recent top whether the 48.60 and/or 49.0. 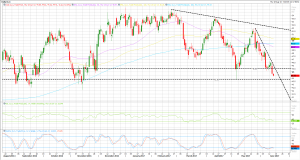 If you look at WTI chart, the chart is very clear, a clear breakdown below 45.50 and 45.0 support area, leading to a sharp decline all the way to today’s lows around 44.40 so far.

In the meantime, there is no significant support before 43.70, which could be seen later today. At the same time, 44.0 round number might show some buyers, but the bearish outlook is here to stay as long as WTI crude continues to trade below 46.50 resistance area.