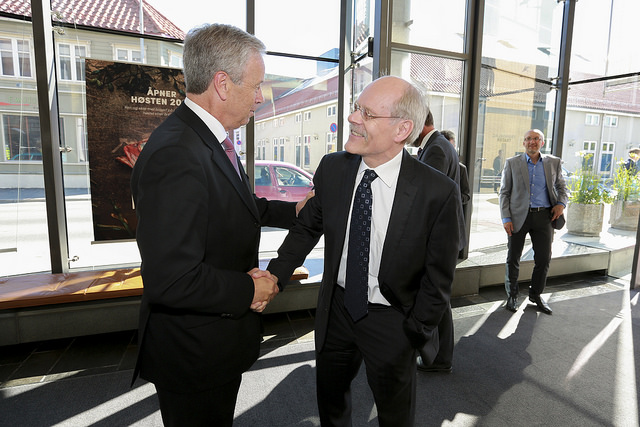 The Swedish central bank, in a planned announcement yesterday signaled that it would be targeting a new index called the CPIF as its measure of inflation. The change from the current consumer price index (CPI) to CPIF was proposed amid introducing a new tolerance band which is aimed to give policy makers more room to steer monetary policy.

The changes come as the central bank is seen potentially unwinding its stimulus program after nearly half a decade.

What is the CPIF?

The CPI with Fixed Interest Rate (CPIF) index is said to factor out the changes to mortgage costs, which is usually included in the headline consumer price index (CPI).

The central bank’s tolerance or variation band was set to be one percentage point from the 2 percent target.

Announcing the changes on Tuesday, the central bank tried to downplay the impact of the changes noting that CPIF was already being used as an operational target.

In a paper published in September 2016, the Riksbank said it had been discussing if CPI was the most appropriate variable to target given that the changes in the repo rate via mortgage rates would have a direct effect on the CPI, although it has nothing to do with underlying inflationary pressures.

Riksbank Governor Stefan Ingves said that “The aim of monetary policy will continue to be the stabilization of inflation at 2 percent.”

The review of the targeting measures came under re-examination after the central bank was seen unleashing a wide number of tools from its monetary policy toolkit. This included levying negative interest rates in a bid to push the economy from a deflationary spiral.

The Riksbank began to use inflation targeting for more than 20 years and used a tolerance band up until 2010 when it was scrapped.

It was only last month, in late April 2017 that the central bank’s monetary policy meeting saw interest rates being held steady but the bank’s quantitative easing was extended which surprised the markets.

The central bank had announced that it would be extending its QE purchases of government bonds by a further 15bn SEK (or approximately €1.56 billion) for the second half of this year.

The surprise addition to QE came despite the Riksbank acknowledging that while growth was recovering, it expected that inflation would take a lot longer to stabilize at 2%. Thus, the central bank also pushed back its rate hike forecasts to mid-2018.

Reaction to the Riksbank’s proposals

The changes were widely expected by some of the larger banks in Sweden and in most of Scandinavia. The consensus view was that the changes do not have any immediate impact with the changes been only a small step towards increased flexibility.

However, the challenge for the Riksbank remains as it continues to struggle to push inflation to its target of 2%.

The changes proposed on Tuesday were long coming with the central bank giving ample hints that a change of inflation targeting measures was required and to allow for more flexibility for policymakers.

Following the proposals made out yesterday, the Riksbank will be deliberating and consulting with key members. If the decision to use CPIF is agreed upon along with the tolerance band, the changes are expected to be implemented at the monetary policy meeting in September.

Interview With Haroun Kola: How I Became an Affiliate