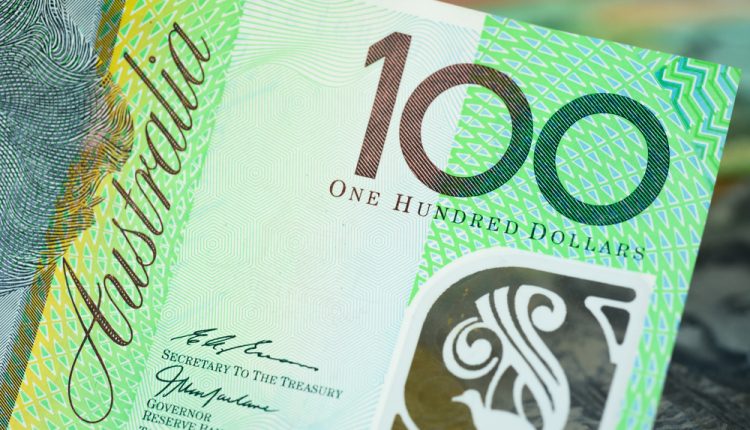 The Australian dollar was seen re-testing the familiar 0.7680 resistance level after prices previously pulled back falling to a 7-week low. The price action near 0.7680 remains critical as AUDUSD has chalked out a symmetrical triangle pattern with the possibility of a bullish breakout.

The Aussie managed to keep its gains despite the U.S. Federal Reserve hiking interest rates by 25 basis points at the March 15 meeting. The U.S. dollar fell on the widely publicized rate hike, and the Australian dollar managed to hold on to its gains, despite a weak unemployment report.

Australia’s latest labour market figures suggested weakness based on the report for the month of February.

Unemployment figures from the Australian Bureau of Statistics showed that the unemployment rate hit a 14-month high in February as it rose to 5.9% and missed forecasts of staying flat at 5.7% during the month.

There were also some job losses during the reported period, which showed that 6,400 jobs were lost in February which was in contrast to the forecasts that was expecting to see 15,000 job gains.

The Australian dollar did not move much on the data as the U.S. dollar’s weakness managed to keep the Aussie buoyed. Economists were skeptical on the data cautioning not to read too much into one month’s report. However, the decline in the unemployment rate was no doubt worrying.

Australia’s underemployment rate, which measures the workers who are employed but willing to work more rose to record high of 8.7%, which indicated considerable slack in the economy.

Full-time employment was seen rising by 27.1k in February, but it was just half of the number of jobs that were lost in the full-time category in January. A worrying trend has been that part-time job gains have managed to steadily increase, out-performing full-time job gains.

In a rather mixed outlook, another report released by Westpac and the Australian Chamber of Commerce and Industry showed that the fundamentals in the industrial trends were pointing to an employment growth of 2% on average for 2017.

Andrew Hanlan, a senior economist for Westpac, said that if the 2% average rate of increase in employment was achieved, it would point to a “significant turnaround” for jobs from just a year ago where job growth was recorded at less than one percent.

For the Australian dollar, the symmetrical triangle on the weekly chart will be the main pattern of interest as a breakout could spell further upside towards 0.7931.

Price action shows another bullish pattern, the ascending triangle pattern with the neckline resistance near 0.7730. A breakout could, therefore, no doubt put AUDUSD on a bullish track, with the minimum upside target coming in at 0.8300.

The upside bias is also validated by the breakout from the falling Pitchfork which has seen prices posting multiple higher highs following the initial lows formed at 0.6826 around November 2015. Thus, a breakout to the upside above, 0.7736 – 0.7931 would mean a continuation of prices to the upside, targeting 0.829 or rounded off to 0.8300 followed by 0.8671.

For the moment, the Aussie dollar is looking weaker after rising to the resistance level at 0.7736. The current dip could, however, offer a near-term buying opportunity in the currency pair. A close below 0.7388 could give early indications that the bias could be shifting.

Catch Key Reversals With The 5-0 Pattern