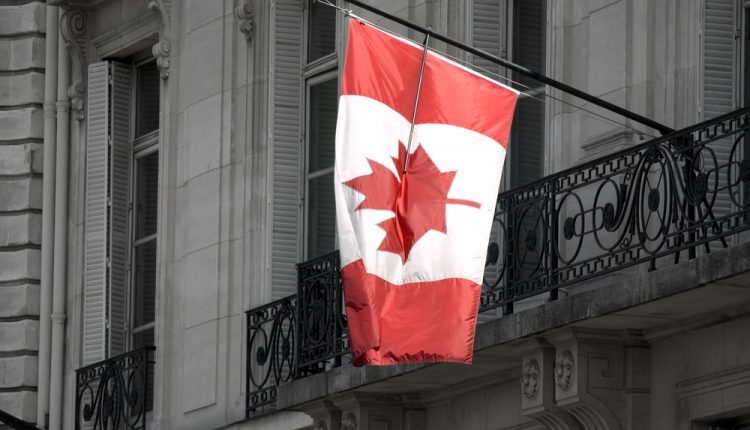 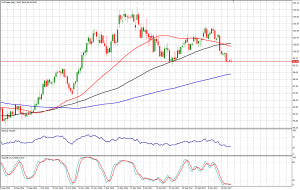 As the political drama continues in the US regarding repealing and replacing ObamaCare, the US Dollar remains the victim side by side with equities.

However, the US Dollar Index is finally on the edge of confirming a medium-term head and shoulders formation, the one that we have been talking about for a month now.

For the past three trading days, the Dollar Index stabilized around 99.50, which now represents the Head and Shoulders formation neckline, which should be watched very carefully in the coming hours.

All that we need now is a clear leg lower below that support. If so, the downside pressure is likely to accelerate in the coming hours.

Only a few economic figures will be released from the US today, including the Durable Goods and the Core Durable Goods Orders, which likely to have a notable impact on the markets.

However, the key for the day is the US Congress vote, which set to take place later today. However, there is no evidence so far to vote in favor of this bill, which might be the catalyst of the leg lower that we are looking for. Therefore, keep your eyes open today.

A break through the mentioned support above would lead to a deeper decline probably to 99.0 followed by 98.60.

During the US session ahead, eyes will be on the Canadian inflation figures, where estimates are softer for the month of February compared to January’s outcomes.

Last month the MoM CPI in Canada posted the biggest monthly increase since February of 2015, while February’s estimates point to a slight increase of 0.2% only. 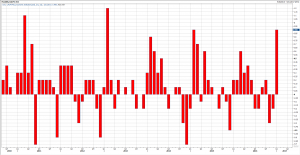 The same story applies to the Core CPI, January posted the biggest increase since March of last year, and February’s estimates point to 0.1% increase only.

Yet, there is a high possibility of a disappointment, especially in MoM CPI, due to the recent decline in Crude Oil prices, which likely to have the biggest impact on CAD pairs

What To Watch The Most

The MoM will likely have the first initial impact on CAD pairs, and if the MoM numbers came in negative, this would push CAD lower across the board.

At the same time, if the Core CPI YoY stabilized or showed a tick higher, this would turn the table upside down later in the session.

Global core inflation remains on the rise, despite the recent declines in Crude Oil. Therefore, try not to rush into a trade. 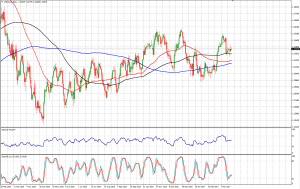 Looking at the daily chart, the pair has been trading within a choppy trend, slightly to the upside. But this is also due to the choppiness of Oil prices.

In the meantime, the pair broke above its Moving Averages, including 50, 100 and 200 DAY MA’s, which seems to be a positive signal.

At the same time, the pair has been supported by these MA’s for the past week. Staying above these moving average is considered as a positive signal.

Moreover, the technical indicators were oversold and crossed over to the upside, which keeps the possibility for another rally ahead.

The catalyst for such rally might come in from today’s inflation figures.

If so, 1.34 would be the first resistance to watch, while a break above that resistance would clear the way for further gains ahead toward 1.3460’s.

The immediate support area for the time being remains at 1.33, which represents the pair’s 100 DAY MA, which likely to hold over the coming hours.