What Assets Are Ideal to Trade the French Elections? 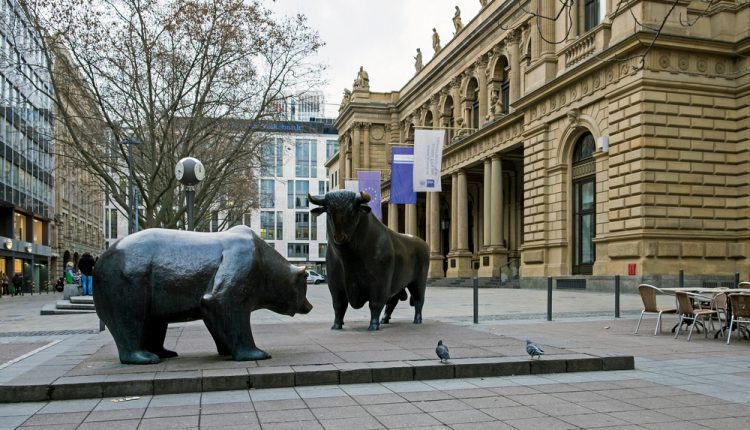 The Bull & Bear Statues at the Frankfurt Stock Exchange.

With the French election race heating up and with the FOMC, ECB monetary policy decisions done with, the path to the French elections are quite clear with no other major hurdles. There could be some short-term volatility or noise coming off the Dutch election results, and perhaps to an extent, some ripples can be felt from the UK’s Brexit talks.

Starting with the most obvious choice, the French benchmark stock index will be the first place, to begin with. There are many versions of trading the CAC40, with the CFD version of the French stock index widely available for trading.

As with any stock index, investors are likely to sell off the CAC40 into the French elections, at least into the first round of elections, which is due late April.

The CAC40 is seen struggling near the 5000 mark, which acted as a resistance previously around October – November last year. The price action on the CAC40 shows that a potential downside swing is possible as price beings to consolidate within the larger rising wedge pattern.

The larger downside support is seen near 4500, which could be tested closer to the second round of the elections in May. For the moment watch for the price action on CAC40 to breach the minor rising trend line which could push prices lower towards the 4800 support level.

From there on, CAC40 could remain range bound within 5000, and 4800 with a downside breakout likely that will extend towards the 4536 – 4500 major support that is pending retest.

The Euro Stoxx 50, owned by Deutsche Borse group is a benchmark index comprising of the top 50 blue chip companies from the Eurozone. Nearly 19 constituents on the Stoxx 50 index are French listed companies. Thus, any uncertainty from the French elections will be felt on the wider European stock market as well.

Another reason being that, investors will be cautious on the French elections if voters swing to the far-right, there is a possibility that other similar parties in the rest of the eurozone could exhibit similar tendencies.

Germany’s elections later in the year could be potentially influenced by the outcome of the French vote.

The technical outlook for the Euro Stoxx 50 shows a similar pattern with the index struggling near the 3400 resistance level. The rally to 3400 mark was swift, and the price action is showing consolidation at the current level.

The gains came as the Euro Stoxx 50 broke out from the 3090 support level, where it previously consolidated into an ascending triangle pattern. The breakout from this level sent prices higher rising past the 161.8% of the measured move from 3090 to the lows at 2680.

The Euro Stoxx 50, however, is seen reversing just below the measured move target of 3500, which could be tested  if price manages to breakout above 3400 on a rebound to 3350.

In the very short term, the Euro Stoxx 50 index could be seen finding support near the 3350 level which is seen by the rising Andrews’ pitchfork that could offer dynamic support here.

While the two main indexes will no doubt be coming under pressure, the DAX30 and the U.S. equity markets could also exhibit some volatility as investors are likely to shun risk.