Tricks of the trade – The Head and Shoulders pattern, Part 2 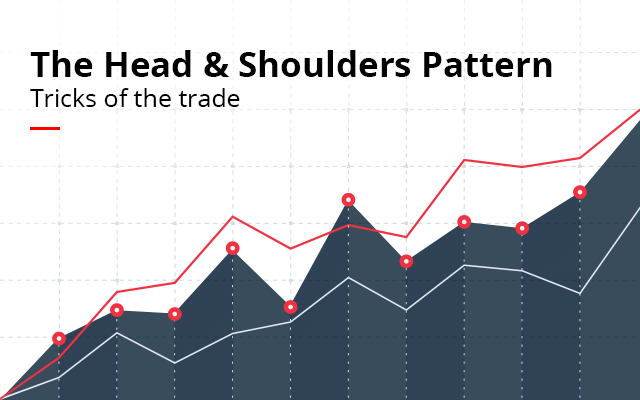 In the previous article, Tricks of the trade – The Head and Shoulders pattern, Part 1, we look at how a few simple tweaks can increase the hit rate when trading the head and shoulders pattern. In this second part, we look at some advanced techniques which can alert you in pre-positioning your trades long before the rest of the crowd.

A with all such methods, due to the early entry the strategy does not offer great results, but when combined with other methods taking the early trade into an evolving head and shoulders pattern can result in some very good profits and in effect keeps your trades at a safer level than having to enter the head and shoulders trade along with everyone else.

Trade Entry at the right shoulder!

Another way to improve the odds and to maximize the profit potential is to identify an evolving head and shoulders pattern. This means, attempting to enter at the reversal near the right shoulder or anywhere between the right shoulder high (or low) and the decline (or rally) to the neckline support (or resistance).

The trick to catching this early entry in the head and shoulder pattern is to keep an eye on a potential neckline support or resistance level that is evolving.

The next chart below describes this visually.

What you see here is basically buying or selling near the reversal of the right shoulder. This is of course subject to price continuing to the neckline. When the pattern is validated, you are better positioned and your profit levels are also maximized.

Risks of trading the evolving head and shoulders pattern

Catching a pattern at the early stages can be risky without a doubt. But this can be overcome by using good risk management principles and not give in to the greed and go all out on hopes that price will continue to validate the Head and Shoulders pattern.

In terms of stops, they are placed near the low or the high of the head and shoulders, which in itself should offer a fairly good risk reward, set up.

Another way to minimize the risks is to look for the right shoulder’s low or high reversing near the 61.8% – 78.6% retracement of the previous wave or the head.

In the above chart, you can see how Fibonacci can help to identify the reversal area. Price spiked into the 61.8% – 78.6% reversal zone before posting a strong and steady decline.

Now, if you had traded this pattern on the breakout from the neckline at 1.2612 and set your target to 161.8% at 1.2473 as the first target and the full measured move target at 1.2387, your pips in profit would have been 139 pips and 225 pips. On the flip side, your risk would be placing the stops near the right shoulder, which goes without saying vastly reduces the risk reward factor in your trade.

But had you entered anywhere after the reversal of the right shoulder, for example at 1.2697 with three targets of neckline, 161.8% and full measured move, your pips in profit would have been 85, 224 and 310 pips respectively. On the flip side, your risk would be limited to the peak of the head at 1.2836 or 139 pips.

Give this strategy some practice and in due time, you won’t really need to look at any other strategies or indicators.

In the next and final part of this series, we look at some examples to get a better understanding of this trading strategy.

Is The Canadian Dollar Heading Lower?