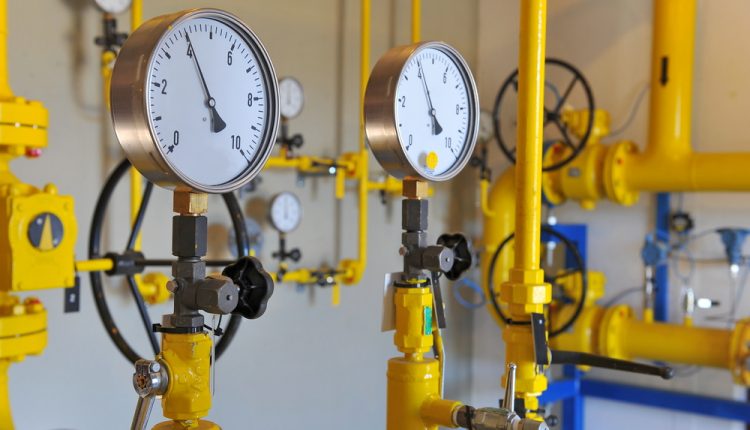 The price of the natural gas futures contracts for February 2017 was seen paring losses from the earlier part this week as price rallied over 7% on Wednesday. The gains came on speculation that the cold winter could start eating into the stockpiles as demand for natural gas rises during the coming winter months. Demand for natural gas is expected rise into January. Wednesday’s gains were also the largest since December 2015.

Natural gas futures which rallied to a fresh 2-year high three weeks ago started to correct lower after briefly trading above $3.70 mmBtu. The correction sent Natural gas futures prices towards the 38.2% Fibonacci retracement level near $3.30 this week from the 9th November lows of 2.54 and the $3.77 highs from December 9th. The unfilled gap at $3.72 is the most likely upside target in the near term, with a close above $3.77 likely to signal further continuation to the upside.

Although the winter months usually see’s higher natural gas futures prices on the back of increased demand the weather reports are starting to play a crucial role in the natural gas markets. Earlier this week, the initial declines came about after reports suggested that the warm weather could move in the eastern U.S. by early January. However, different weather models suggested otherwise noting a high-pressure ridge over Alaska which is expected to send the Arctic cold through the rest of North America.

Matt Rogers, meteorologist and president at the Commodity Weather Group LLC said: “The warm up may only last for seven to 10 days, and then we’ll be back into a cold pattern again.”

Rogers is predicting a cold January but also cautioned that the weather models could shift quickly.

In the near term, Natural gas futures traders will be looking to the weekly inventory report that is coming out later this afternoon. Expectations are for another drawdown of 201 billion cubic feet, coming on the back of the previous week’s drawdown of 147 Bcf.

We continue to maintain a potential downside risk towards the $3.00 handle in the near term. Natural gas futures prices are seen reversing back after previously hitting a 2-year high near the resistance zone of $3.80 – $3.70.

The four-hour chart below shows the current correction taking place. The upside is likely to continue towards $3.723 sometime today as speculative traders are likely to push up prices in anticipation of another drawdown in the natural gas inventory.

On the weekly chart time frame, the price action in Natural gas futures shows a potential bearish divergence taking shape. This signals the risk of a correction towards the lower support at $3.00. In the near term, the current bullish price action could see further consolidation take place near the $3.70 – $3.80 resistance zone and the price could remain flat at this level over the coming week or two.

Any bearish reversal pattern near the resistance zone of $3.80 – $3.70 will give early clues into the potential downside towards the $3.00 handle.

For the moment, the natural gas fundamentals are strongly in favor of bullish price action, with expectations that the weather patterns and the onset of the Arctic cold could continue to push up demand for the commodity leading to larger than expected drawdown in inventory.

With the holiday thin trading, natural gas futures are likely to stay flat in the near term, but we could expect to see a reversal in the early weeks of January.

Major Economic Events 2016: What Moved the Markets This Year? [Infographics]