FX Week ahead: US Set to Elect a New President! 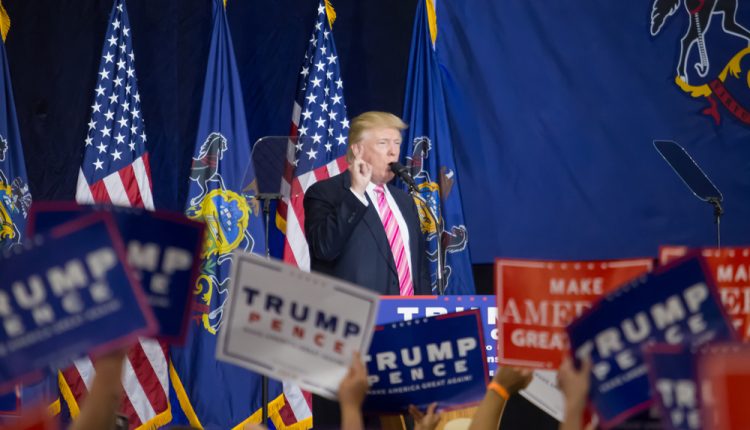 The attention of the whole world will shift to the US next week as the country elects its 45th President. The markets remain in a jittery mode with the outcome of the polls likely to swing in either direction in a short trading week. US and Canadian markets are closed on Friday. Many still project that the Democratic candidate, Hillary Clinton will most likely emerge victorious.

Besides the presidential elections, on the economic front, China’s inflation and trade data, second tier regional data from the eurozone and the RBNZ interest rate decision makes up for the economic calendar this week.

Risk off appetite to prevail on election uncertainty

Polls are set to open on Tuesday, November 8th and the results of the elections are expected to be announced on November 9th. A Clinton victory, projected by many might not be as straight forward. In the third presidential debate, Trump said that he might not accept a loss.

Speaking to his supporters later, Trump said, “I would also reserve my right to contest or file a legal challenge in the case of a questionable result. I will follow and abide by all the rules and traditions of all of the many candidates who came before me, always.”

While a Clinton administration is expected to see the current policies being maintained, a Trump victory is likely to see a lot more uncertainty, especially on domestic and foreign policy on issues such as immigration which has been one of the major sticking points during this presidential campaign.

Last week, the US equity markets were already in a risk-averse mood, losing 2.9% since October 25th. On Friday, the S&P500 closed at 2085, down 1.94% for the week. Erik Davidson, CIO at Wells Fargo Private Bank said, “There’s obviously a lot of angst going into the election. The lessons of the Brexit vote are still pretty recent, so I think people are a little cautious about what the markets have priced in and what could happen.”

Data from China this week will see fresh inflation figures for October. Estimates point to a 2.1% increase in headline inflation on a year over year basis. This puts the October inflation higher than September’s increase of 1.9%. Producer price index is expected to rise 0.9%, up from 0.1% a month ago. This would put the producer price index rising for the 10th consecutive months.

The Reserve Bank of New Zealand will be meeting on Wednesday as economists widely expect the central bank to lower the OCR by 25bps, bringing interest rates to 1.75% this week. The New Zealand dollar managed to maintain strong gains for the most part last week fuelled by an unexpected rise in the global dairy price index data released last Tuesday.

There was further positive news from New Zealand which saw the unemployment rate fall to the lowest level in nearly 8-years which managed to keep the kiwi well supported. However, despite the robust headline print, there was little evidence of wage growth. Private sector wages grew by a meager 0.4% for the quarter and 1.6% for the year.

Inflation expectations as reported by the RBNZ remained flat, rising modestly to 1.68% from 1.65%, well below the mid-point target rate of 2.0%. The data supports the view for further rate cuts from the central bank this week, but in the longer term, there is a growing consensus that the RBNZ’s rate cut cycle will likely come to an end. Analysts at NAB say, “We reiterate that we think the RBNZ will cut in November and leave open the possibility of a further reduction. We just doubt that the information set now being presented to it will allow that extra cut to occur.”