Simple guide to trading the Inside Bar 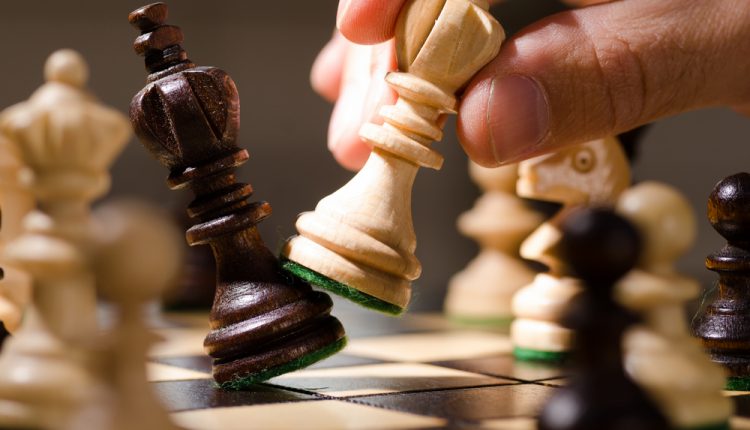 Among the various candlestick and bar chart patterns that a trader is usually familiar with, one particular pattern has grown to become a favorite of mine. The inside bar pattern!

What makes an inside bar unique is that it can be used as a trigger for your trades. Trading based on inside bars can fit into any trading strategy and if you already have a trigger for a trade, then utilizing the inside bar can help you to improve your trade execution.

What is an inside bar and how does it work?

An inside bar, as the name suggests is a 2-bar pattern. It is originally used on the OHLC bar chart, but you could also apply it to candlestick charts. An inside bar is formed when the second bar or candlestick is engulfed within the high and low of the previous bar. Some prefer to call the first bar, the ‘Mother Bar.’ An important concept to bear in mind is that with an inside bar, only the high and low are considered. The open and close are ignored.

The picture below illustrates a simple inside bar.

The next chart shows an inside bar but on candlestick charts.

Looking at the two pictures above, you can see why an Inside bar is better represented using an OHLC bar than the candlestick, as the open/close can trick you sometimes. Still, the main takeaway here is that an inside bar is formed when the second bar or candlestick is engulfed within the high and low of the previous bar or candlestick. Simply ignore the open and close.

Sentiment behind the inside bar

Understanding the trader sentiment behind an inside bar can help you to better figure out the pattern. An ideal inside bar is one which appears at the end of a bullish or a bearish trend. In this scenario, when an inside bar is formed, is signals that traders were unable to push the price to a new low or to a new high. Instead, price traded within the range of the previous session’s high and low. It signals a loss of momentum, exhaustion in the rally, so to speak. Depending on how price emerges in the next session or a few sessions, traders can know if a retracement of the trend is taking place.

The next chart below illustrates the working of an inside bar at its most basic level, which is signaling an exhaustion to the previous trend. Here, you can see how prices moved in an uptrend and following the inside bar; we were able to see a retracement.

(In fact, if you measure the uptrend high and low with a Fib, the retracement moved to 61.8% of the previous uptrend.)

A very important aspect here to note is that if you look carefully at the bars in the uptrend, you can see a couple of inside bars that are formed. So what gives?

Before I explain what the inside bars (2 & 3) are, let’s quickly touch upon gaps.

Traders who are familiar with the Gap Theory know that there are essentially three kinds of gaps. Breakaway gap, runaway gap and exhaustion gap. The same concept applies to inside bars as well, depending on where they occur in a trend.

The inside bars marked 2 and 3 are essentially similar to a runway gap, wherein, they signal a continuation of the trend. But inside bar 1 and the final inside bar formed at the top are reversal inside bars.

How do you know when prices will reverse after an inside bar?

You don’t! At least not until price tells you what is going to happen next. If you look back at the previous picture and ponder upon it for a while, there are tell-tale signs and that is probably what makes the inside bar so unique.

The next chart is annotated with what is happening.

How and where to buy or sell an inside bar?

Again, the clues to this are evident in the previous chart. The safest way to trade an inside bar is to wait for a breakout, either to the high or the low and wait for a retest. You will not always get a retest, but if you are patient enough, the retest to the IB can offer very good risk/reward setups.

In the above chart, after the first IB was formed, you can see how prices struggled to break free above the high. After a few attempts, price rallied, but there was no retest.

In the second IB that was formed, price rallied, and two bars later we got a retest. But what’s different about this IB is that it was followed by IB 4. So would you buy or sell when the next few bars have formed an IB? No, you wouldn’t!

In the fourth IB, which occurred at the top end of the rally, you can see a few sessions later; the price came back to retest the IB’s low, and that is where you sell!

When you are applying inside the bar to your trading strategy, however, you can straight away buy or sell at the high or the low.

Where to set your stops and targets?

The stop loss, obviously comes at the top (high) or at the low of the inside bar when the retest occurs. You can either set a hard stop or simply close out only when price makes a ‘Close’ above or below the IB’s high or low.

For targets, this is where your trading strategy comes in. Whether you use pivots or moving averages or Bollinger bands, the targets can be defined by your strategy. Still, if you prefer to know where to set your stop loss, simply measure the previous trend using the Fibonacci tool and set your targets to 38.2% and 61.8%.

Inside Bar – Buy and Sell Examples

Time for some examples!

The Inside Bar, as outlined in this article is a simple but an effective way to trade. The advantage of using the inside bar is that it can be incorporated into your trading strategy without affecting the rules of your trading system. It adds an additional layer of confirmation.

What happens when an inside bar fails? It forms a Hikake Pattern (which will be covered in a later article)

What time frame is best for trading inside bar? It doesn’t matter as long as the IB trigger is used as part of your trading system. Using the IB in isolation can lead to losses unless you clearly understand the underlying price action.

Can Inside bar be used on candlestick charts? Yes, they can be. But be careful not to fall into the analysis paralysis trap. For example, an inside bar on a candlestick chart can turn out to be a bullish or a bearish Harami!

Never trade an inside bar that follows another inside bar, as you never know which way price will move.

Gold & Silver Overview: Will those assets advance this week?