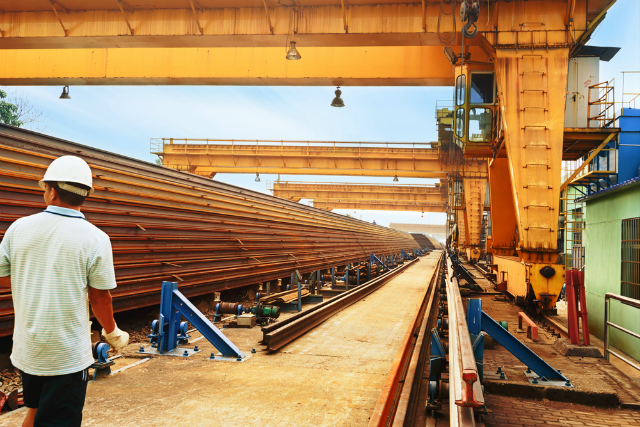 Business confidence in Germany seems to have taken a hit after industry data showed a surprising decline. German research institute, Ifo said that the business climate index fell to a 6-month low in August at 106.2. This was significantly lower than July’s 108.3 and missing forecasts of 108.5.

The Ifo’s business expectations index which measures business prospects outlook over the coming six months fell to 100.1 in August down from a revised 102.2 in July and below estimates of 102.5. The Ifo’s report is based on a survey of over 7000 German firms spanning across manufacturing, construction, wholesale and retail sectors.

The Ifo’s report showed that the business index fell in the manufacturing, retail, and wholesale sectors while business climate in the construction sector managed to remain steady with businesses noting that they were more optimistic over the coming months.

The weaker than expected Ifo report follows that of the final GDP revision for the second quarter in Germany released yesterday. Data showed that the German economy grew at a pace of 0.40% in the second, slower than the first quarter’s 0.70% growth. Although the economic indicators have remained mixed after the Brexit vote, UK remains in the third place as Germany’s export market and weaker demand from the UK could weigh on the potential outlook for German businesses. Manufacturing and services sector also cooled during August according to Markit’s flash PMI report released previously.

The latest unemployment rate falls in line with government estimates. Earlier this week, Sweden’s Minister for Finance, Magdalena Andersson presented the latest economic forecasts for the country for the autumn budget. “I am pleased that we are now seeing unemployment pushed back, while at the same time we have essentially eradicated the major deficits we inherited. But a great deal of work remains for the Government,” she said.

According to the government estimates, unemployment is expected remain at 6.30% into 2017. On the GDP forecasts, the ministry of finance expects growth to average 3.50% in 2016 this was lower than the 3.80% forecasts presented in April.

In a separate report, producer prices in Sweden continued to decline but at a slower pace in July. The data from Statistics Sweden showed that PPI fell 1.10% on the year in July slightly better than the 1.90% declines seen in June. Sweden’s PPI has been steadily declining since July 2015. On a month over month basis, Sweden’s PPI fell 0.30% in July.

Durable goods orders which include long-lasting factory goods posted a strong rebound in July, indicating that the US manufacturing sector could continue expanding into the second half of the year. Data from the commerce department showed on Thursday that US durable goods orders including aircraft, industrial machinery, and other products grew 4.40% on a seasonally adjusted basis in July from the previous month. The headline durable goods orders posted the biggest monthly gain since October 2015. Economists were expecting to see a more modest print of 3.40%.

Driving the numbers in July was increased demand for transportation equipment, which alone rose 10.50%. Civilian aircraft and parts increased 89.90% in terms of orders over the month while data from Boeing showed 73 new orders for jets in July, up from 12 in June.

New orders for non-defence capital goods which exclude aircrafts rose 1.60% in July. However orders were down 4.30% in the first seven months of the year compared to the same period in 2015.

In a separate report, US weekly jobless claims for the week ending August 20 showed fewer applications. Data from the US labor department showed that the number of Americans applying for out of work benefits decline by 1000 to a seasonally adjusted 261k, lower than median estimates of 265k.