Pound Sterling In The Eye Of The Storm 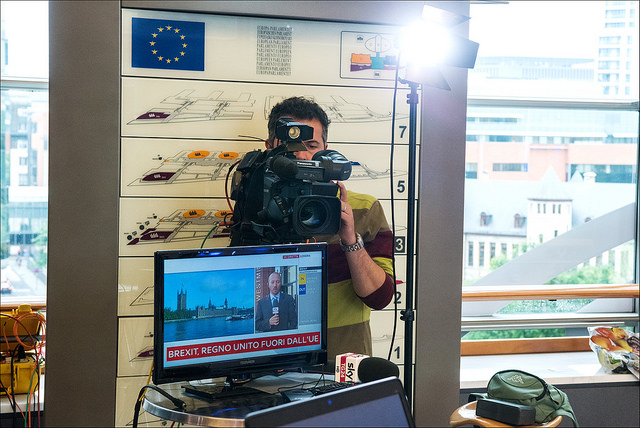 Britain’s shocking decision to leave the European plunged the currency markets into a tailspin with investors rushing to safety, shunning risky assets. The decision also left the United Kingdom deeper into political uncertainty with the Scottish National Party’s (SNP) leader Nicola Sturgeon calling the Brexit verdict constitutionally unacceptable and hinting at another Scottish referendum for Independence. Scotland voted overwhelmingly in support of remaining in the EU.

Friday saw one of the worst days for the Pound Sterling, which fell 10% intraday, to 1.3230 lows during the Asian session and was the lowest levels seen in the GBPUSD in decades, even overshadowing Black Wednesday, when the UK government pulled out of the European Exchange Rate Mechanism (ERM). The UK bonds, 10-year Gilt yields fell to their lowest levels ever on Friday.

Simon Winn, Hong Kong-based head of sales for Asia Pacific at EBS said, “Both pairs [EUR & GBP] have been under pressure since the open today on the back of continuing general uncertainty for the euro, and the U.K. downgrade announced late Friday night.”

Over the weekend, EU leaders met, including the leaders of France, Germany, Italy, Netherlands and Belgium. The EU’s response was mixed with some calling for a swift response from the UK to invoke Article 50 which formally puts the UK’s pull out from the European Union into motion. Leaders suggested that David Cameron can use this week’s EU summit opportunity to officially invoke Article 50 of the Lisbon Treaty. But, German Chancellor, Angela Merkel said that the UK and the EU should not rush into the decision, but acknowledged that the formal procedures be put in place. EU leaders are worried that the longer the uncertainty remains; the regional anti-establishment and Eurosceptic parties could become more popular.

The developments over the weekend simply underline that the Brexit referendum is simply the start of a long period of uncertainty with the negotiations between the EU and the UK likely to take months if not years. This would be negative for business investment in the UK which has already suffered in the months leading to the EU referendum.

While ratings agencies have not changed the UK’s investment grade rating of AAA, Standard&Poors previously hinted that a vote leave the EU could push the UK into the S&P’s watch list for a downgrade. On Friday, Standard&Poors said that the UK is most likely to lose its AAA rating. Moritz Kramer, Chief ratings officer at S&P, said “[the UK’s AAA rating] was untenable under the circumstances” Downgrades are also likely from other firms including Moodys and Fitch, which already downgraded UK’s credit rating in 2013.

Despite the GBPUSD pulling back 400 pips off Friday’s lows, further downside is expected in the near term. GBPUSD, currently trading at $1.339 could potentially slide towards $1.32 over the coming months.