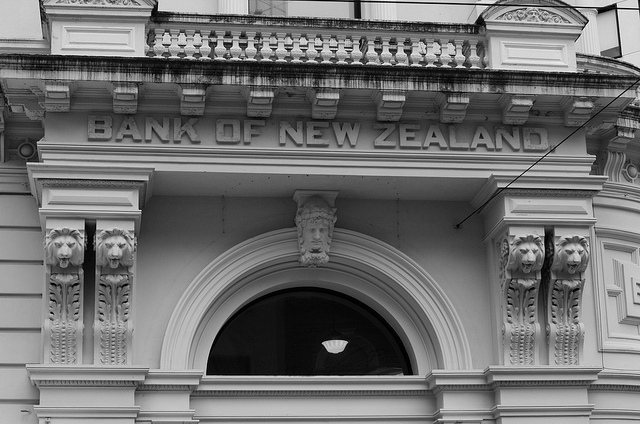 The markets were busy today with economic data including mixed New Zealand trade balance, a weaker Australian CPI and a soft GDP expansion in the UK, with RBNZ and FOMC meetings due later in the day.

In the overnight session, New Zealand’s merchandise trade figures for March showed a trade surplus of $117 million, smaller than the expected number of $400 million. New Zealand’s trade surplus in March marks the third month of declines. Exports were down 14.30% lower than a year ago while imports were down 3.70% compared to the same period, data from Statistics New Zealand showed. Dairy and meat exports posted the strongest drags, falling 31% and 20% on a year over year basis. The weak trade data is likely to see a lower Q1 GDP print in New Zealand with some estimating that the New Zealand’s economy expanded at a pace of 0.40% in the first quarter, sharply lower from the fourth quarter GDP expansion of 0.90%. With the RBNZ meeting due later tonight, the current data is going to make it a very close call on whether the RBNZ will cut or hold rates steady.

Imre Speizer, a senior market strategist at Westpac, notes that the RBNZ will keep the official cash rate unchanged at 2.25% but could strengthen its easing bias in the statement.

The Australian dollar came under pressure early today as quarterly consumer price inflation disappointed strongly, leaving many to speculate that the next policy move from the RBA could be another rate cut. In the first three months of the year, Australian CPI fell 0.20% reversing the gains of a 0.40% increase in the previous fourth quarter of 2015. Analysts expected to see an increase of 0.30%. The trimmed mean CPI was also lower, rising 0.20%, missing forecasts of 0.50% increase and down from Q4’s 0.60% increase in consumer prices, data from the Australian Bureau of Statistics showed on Wednesday.

The weak CPI data showed the first decline in inflation since 2009, dragging down the annual change in inflation to 1.30% in Q1, from 1.70% in December last year. The annual inflation rate is below the RBA’s 2 – 3% target rate which is one of the reasons why speculators are already seen increasing their bets on another rate cut from the RBA, which has held rates steady at 2.0% since May last year. Following the release, NAB notes that the RBA could cut rates by 25bps at the next meeting in May 2016, but analysts remain divided, indicating that next week’s RBA decision will be a close call.

“It will be a close decision next week, but on balance, we continue to expect that the RBA will leave the cash rate on hold for the remainder of the year” ~ Jo Horton, Sr. Economist, St. George Bank

Latest figures from the ONS published today showed that the British economy grew at a slower pace of 0.40% in the first three months of the year, matching analyst expectations. The slower pace of growth comes after a 0.60% economic expansion in the final three months of 2015. On an annualized basis, UK’s GDP increased 2.10%, above forecasts of 2.0% but unchanged from the previous quarter. UK’s services sector which has been a strong contributor to economic growth expanded 0.60%, slowing from 0.80% previously while industrial production declined for the second straight quarter, falling 0.40% on weaker manufacturing and construction output. UK’s economy posted a strong slowdown in the first quarter this year following the announcement of the UK’s referendum on its EU membership. Investment into the country was flat as businesses remain cautious ahead of the referendum.

The British pound was little changed after the release.

“Today’s figures suggest growth has slowed as compared with the pace up to the middle of last year. Services underpin the economy, but other sectors have shown falling output this quarter” ONS chief economist Joe Grice said.

The Federal Reserve will be meeting later this evening, concluding its two-day meet with a statement. Rates are expected to remain unchanged at today’s meeting, but the uncertainty surrounding forward guidance will be the key driver for the markets. Fed funds futures assign a 17% probability of a June rate hike which comes remarkably close to the UK’s Brexit referendum date, leaving some to expect that the Fed will hold off a fire in light of the geo-political uncertainty. Others argue that a further delay could see the Fed caught between making a policy change just before the US general elections.

BMO notes, “Fed funds futures price in about a 17% probability in June and a 24bps worth of hikes for December. With the USD long wiped out, a hawkish surprise and moderate USD rally is the most plausible risk scenario.“