What to expect from Fed, RBNZ and BoJ this month 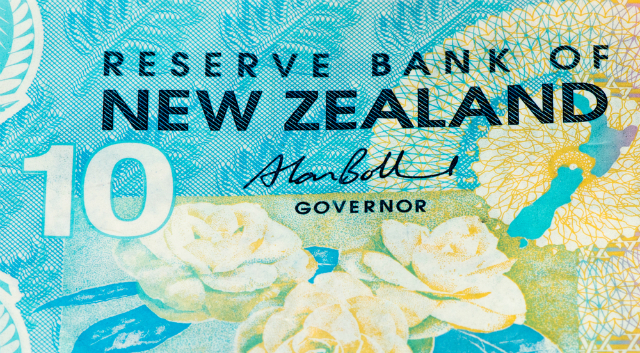 Three Central Banks meet this week for the monthly monetary policy review and the markets are likely to look forward to the views. Kick starting the meetings, the US Federal Reserve is due to meet on the 27th January, tomorrow at 1900GMT followed by the RBNZ an hour later at 2000GMT. The Bank of Japan’s monetary policy meeting is due later in the week on 29th January in the early hours of the Asian trading session.

The markets have seen a rough start to the month of January, coming off the December rate hike by the Fed. It is too early to expect the Fed to hike rates at tomorrow’s meeting as the board is likely to wait for some data and assess the impact of the 25bps hike. Although the rate hike was a mere 25bps, the importance comes from the fact that US economy has witnessed a rate hike in nearly a decade after being plunged into the Global Financial Crisis of 2008.

In this aspect, the Fed is likely to apply caution and ensure not to risk the US economy to slip back into recession. As such, labour markets are likely to remain a priority, while inflation continues to puzzle the Fed members. The recent decline in Oil prices is likely to add to the woes at the very least. At the January meeting, the Fed is likely to stay neutral and acknowledge the pickup in the US economy but could stress that future rate hikes will remain data dependent. The US labour market data for January/February due to be released in Feb/March will no doubt play an important role.

Also, the US fourth quarter 2015 GDP numbers are due later this week on the 29th of January. Although not apt to consider in the post-rate hike scenario the GDP numbers are likely to weigh in at the next assessment in March. China’s volatility and the Yuan moves are likely to come up in the discussions as has been acknowledged by other Central Banks including the BoE and the ECB.

In conclusion, the FOMC’s January meeting is likely to remain neutral with perhaps a modest hint of optimism.

The Reserve Bank of New Zealand will meet just an hour after the Fed meeting. Expectations are for the RBNZ to hold rates steady at this meeting at 2.50%. The Kiwi, if one can recollect posted a fair rally after the RBNZ signaled in December that rate cuts could be postponed in the near term. Despite the 25bps rate cut in December, the Kiwi rallied on the comments from RBNZ Governor Wheeler. The fourth quarter inflation in New Zealand fell -0.50% for the quarter while dipping to 0.10% annualized down from 0.40% from the previous quarter. This potentially keeps the rate hike prospects finely divided as the RBNZ could cut rates by another 25bps. On the other hand, the RBNZ could stand pat on policy but instead, choose to come out with a dovish tone while kicking the can further down the road to March in hopes that Oil prices can stabilize in the near term. The Kiwi’s depreciation is also likely to add to the woes as a weaker Kiwi could keep inflation subdued and add further pressure.

[Tweet “Expectations are for the RBNZ to hold rates steady at this meeting at 2.50%”]

In conclusion, the RBNZ’s decision is a fine line between not coming out too hawkish but at the same time using the 25bps rate cut for a more appropriate time ahead.

The Bank of Japan is the final Central Bank meeting for this month. Expectations are flat into the meeting as the BoJ could remain on the sidelines. The Yen posted some modest gains late last week especially on speculation that the BoJ could signal further easing at this week’s meeting, which however looks unlikely. BoJ’s Governor Kuroda, in an interview in Davos last week noted that the BoJ remained committed to the 2.0% inflation target and that it still had a lot of options left in its monetary policy kitty. There is also the question of the stronger Yen weighing in on Japanese exporters which were one of the reasons which led to the speculation of BoJ easing. However, instead of coming out with another full-fledged easing, the Bank of Japan could stay on the sidelines for now and prefer to make use of a wait-and-watch approach. The Yen has been trading between 120 – 116Yen for the past few months and it is unlikely that 116Yen – 115Yen will trigger panic for the BoJ.

In conclusion, the Bank of Japan could stay on the sidelines into March and prefer to better assess inflation data. The Japanese fiscal year starts from April and with Kuroda continuing to express optimism that the BoJ will reach the 2.0% inflation rate, we can expect to see some bigger policy decisions being taken closer to April.