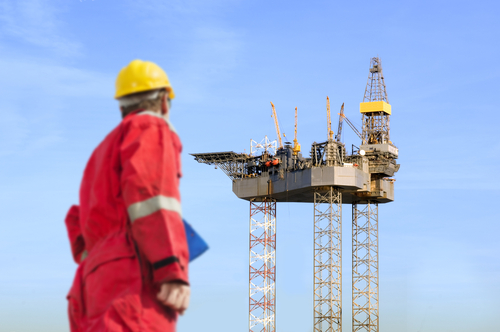 Crude Oil futures continue to trade sideways posting a 4th straight week of ranging. For the week to date, Crude oil futures are up 0.46% with the consolidation seen around 44.83 support from the weekly chart. Yesterday’s crude oil weekly inventory storage report showed that the US commercial stockpiles increased by 4.6 million barrels last week, beating median estimates of an inventory buildup of only 1 million barrels. However, inventories declined at the Cushing storage which fell 1.2 million barrels. Crude oil futures declined initially on the news but later closed the day with gains of 1.07% settling at 45.32. Month end and end of quarter rebalancing alongside the news that Russia was starting air strikes in Syria added to the increased uncertainty. On the weather front, the US National Hurricane Center said that Hurricane Joaquin could reach the Bahamas and could move north threatening to disrupt services at the New York harbor which is one of the main delivery points for US gasoline..

On the monthly chart, Crude oil futures closed the month of September on a bearish note which comes off a strong hammer candlestick pattern in August where prices were seen testing the lows of 37.76, just off the main monthly support near 43.56/41.7 region. Resistance is at 54.22 but a daily or weekly close above the short term highs of 49.32 is required in order to see any conviction of a move to the upside.

On the daily charts, price action is still in a position for a move to the upside, with the bull flag pattern being supported above 44.76. However resistance at 47.81/47.28 is likely to keep prices contained exposing the risk of a renewed decline lower to the main support at 42.39/42/4 level. The bullish divergence which has been built up over a long period of time is showing signs of a possible upside move. The rising price channel has been readjusted and as long as prices trend within this channel there is scope for a move to the upside which could be confirmed on a break above 47.81/47.28 level of resistance. To the downside, a break below 44.76 support could however see prices potentially break out from the rising price channel which could then see a decline to 42.39 with prices again starting to consolidate or possibly break down lower.

In terms of the economic data ahead, the US monthly jobs report is due later this week with expectations for another strong jobs report. While a beat on the estimates could spell bullish for the US Dollar, there could be a possible downside risks as well. We expect Crude oil to remain trading sideways with potentially some outside catalyst that could helps prices break above the initial resistance and eventually push crude oil towards the target of 52.64, which also shows a confluence with the bullish flag’s measured move target