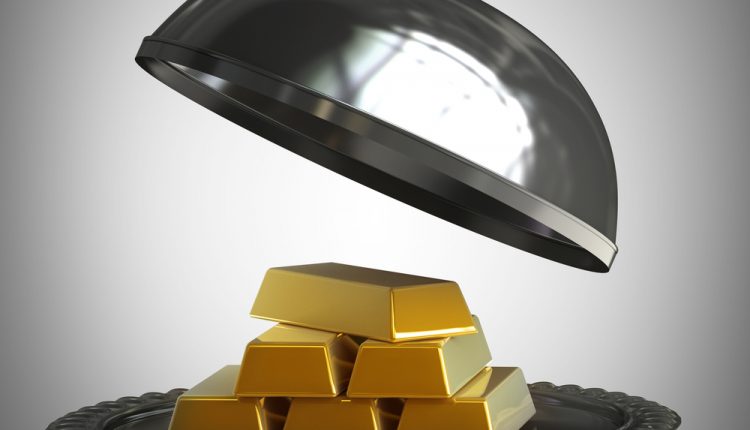 Gold futures have been trading flat for the week despite the market sentiment taking on risk as the commodity currencies have made strong gains this week already. Gold was trading flat at 0.01% for the week at the time of writing. The flat move in the precious metals market is likely to remain sideways into the run up to the Fed’s FOMC decision next week. China reported an increase in Gold purchases this week to $61.8 billion despite falling currency reserves since August but the news did not have much effect on the markets.

On the weekly chart, the bullish divergence is starting to get more evident as the RSI has failed to confirm the lows in Gold. A potential correction is very likely which could see Gold prices eventually rally to the $1220 region of support to establish resistance. Price action in Gold, on the weekly charts is also trading below the falling trend line and could possibly point to a break of the falling trend line as well.

On the daily chart time frame, the longer term bearish flag has so far seen prices decline to 1080 lows from which, Gold saw a strong bounce. To the upside, there is a possibility of a pending retest to the broken support at 1180 – 1175 region for resistance but one which is likely to happen on a decline down to the lower support at 1098 – 1100 region. Plotting a falling price channel to the price action on the daily chart, we can see that resistance has been established at 1150 level of support/resistance. Assuming that the resistance at 1150 holds for now Gold prices could likely fall to 1100 region.

On the H4 charts for Silver, the bounce off the short term support at 14.58 – 14.4 has seen a rally which has tested the next resistance at 14.95 – 14.85. At the time of writing, price action has formed a doji candlestick pattern at the resistance level. If the next candlestick closes bearish, Silver prices could potentially fall back to the lower support with the possibility of a further decline down to the main target t 13.76. To the upside, if Silver manages to close above 14.95, a retest to the head and shoulders neckline at 15.51 could become a possibility.