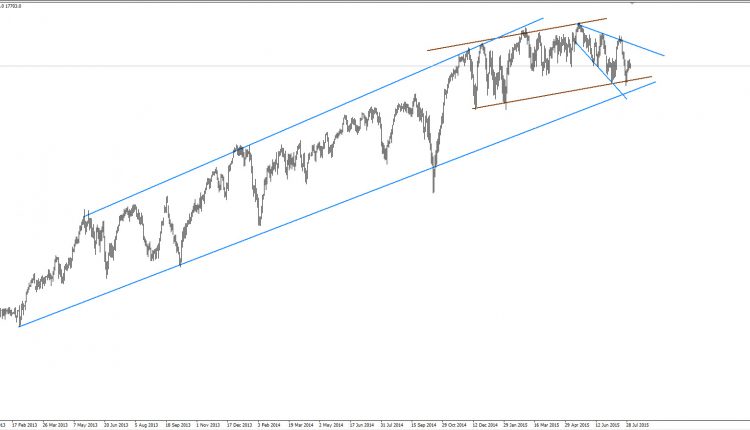 ** The following chart for the oil spot price ; the difference between chart price and future contract price ( DJ_5U) is 75.However , same analysis applied on both.