Greece becomes the first advanced country to default on the IMF 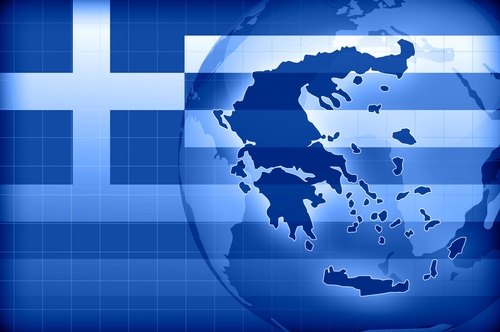 Call it a default or simply ‘arrears‘ but no matter how the issue is broached, the fact remains that Greece failed to repay the IMF, an amount of 1.5 billion Euros. The country also set one for the record books as it becomes the first ‘advanced economy’ to default on the IMF.

Gerry Rice, the director of communications at the IMF, in a statement said that “I confirm that the SDR 1.2 billion repayment (about EUR 1.5 billion) due by Greece to the IMF today has not been received. We have informed our Executive Board that Greece is now in arrears and can only receive IMF financing once the arrears are cleared”

Failure to repay the IMF now pushes Greece another step closer to the edge as the country looses access to existing financing. Credit ratings agency Standard&Poors lowered Greece’s credit rating one notch from “CCC” to “CCC-“, while putting the probability of a Grexit at 50%.

Mr. Rice, also confirmed that the IMF received a request from Greece for an extension for the repayment and that the issue was pending the IMF’s executive board decision in his statement.

Eurogroup leaders and the ECB made frantic efforts to chalk out a last minute deal which failed to materialize.

Greek Prime Minister, Alexis Tsipras, last Friday (26th June, 2015) shocked the lenders by calling for a referendum on the bailout terms, which is due on July 5th. So far, opinion polls suggest that the result would be a close call.

After last week’s announcement, the ECB also sobered down on its ELA assistance to Greece, freezing the ELA to EUR89 billion. The country imposed capital controls and limited AMT withdrawals to EUR60 per day per card, while allowing pensioners (with access to debit cards) a limit of EUR120. The ECB is expected to meet again today via teleconference to decide on the status of the ELA lending to Greek banks, which remain closed until July 5th referendum.

Alexis Tsipras’ has been very vocal on the turn of events and has so far urged Greeks to vote ‘No’ to the new bailout terms. However, with the situation turning out quite differently than initially expected (negotiating better creditor terms), a ‘Yes’ mandate by Greek voters could potentially threaten the position of the Syriza party as well, as it would be considered a failure to deliver on the electoral promises made.

Greek authorities are also contemplating to move the European Court of Justice to block any accidental Grexit from the Eurozone.

Meanwhile, various Eurogroup members continue to flood the headlines. The Euro, Single currency has moved into a holding pattern ahead of the July 5th referendum and the additional volatility from this Thursday’s US nonfarm payroll reports, which is expected to be on the hawkish side of the scale.