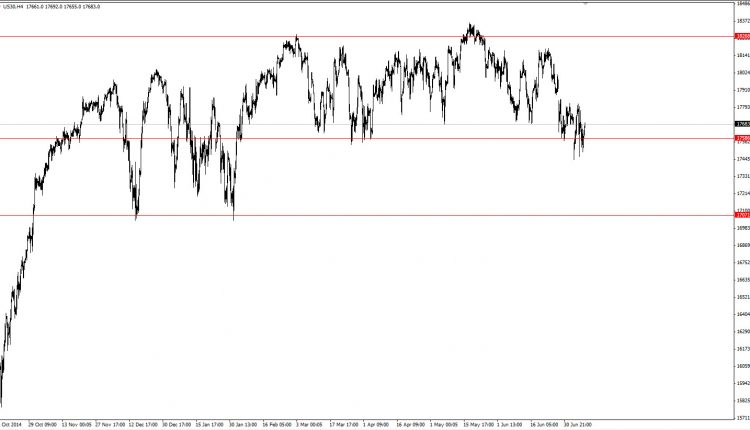 As shown on the chart the market is at the lower boundary of the rectangle patter ( the blue levels ) , and on the lower levels for the bigger rising channel at 17600/17500 levels , which would push the trader to long that position . However, if the coming NFP numbers or a negative development on the Greek Drama would support a negative breakout for the both patterns, in this case 17000s /16500s would be the target for that correction.