Will the May Jobs report halt the Dollar rout? 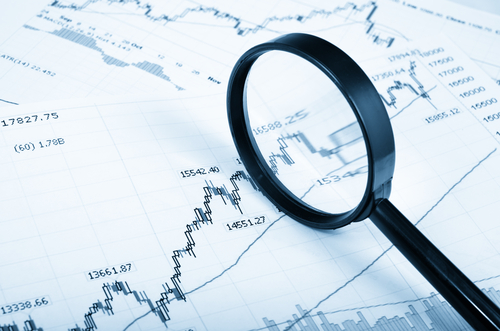 Despite a few economic indicators showing some pickup in the US economy, the US Dollar has failed to capitalize on the positive data. The recent slump in the Greenback was triggered earlier this week on account of a weaker PCE data which saw inflation continuing to trend below the 2% Fed target rate of inflation. Yesterday’s ADP numbers, although managed to beat estimates failed to provide the much needed boost. Since early European trading session today, the US Dollar which was on shaky grounds gave way as most of the peers, including the weaker Kiwi Dollar, has managed to trim some of their earlier losses.

After yesterday’s ECB press conference, which saw policy unchanged and renewed narrative from the ECB about its QE purchases, the Euro managed to surge across the board. The recent price action is perhaps also telling the untold story of a possible breakthrough in the Greek debt negotiation talks as well. Comments from European Commission chief Jean-Claude Juncker about expecting to see a Greece crisis agreement in sight gave some additional boost to the Euro.

However, it isn’t just the Euro that has managed to surge against the Greenback. The British Pound, which saw a sharp reaction to yesterday’s soft print in services PMI also turned around earlier today after declining to lows of 1.5269 yesterday. The Japanese Yen was also firm against the Greenback as comments from BoJ officials is starting to cement the fact that the BoJ will not be easing its monetary stimulus anytime soon. The combined factors seem to be weighing in on the Greenback leading to this renewed selloff in the US Dollar Index.

EURUSD found support near 1.095 and aptly saw a strong bounce off this support. Price broke through 1.113 resistance and is currently trading near 1.1348. A break above this level will see a test to 1.148. Alternatively, if 1.1348 contains the current rally, EURUSD could dip to 1.113 which if holds, could see some renewed bullish momentum help push the single currency above 1.148 resistance level.

GBPUSD formed a strong bullish candlestick three days ago and going by current price action, the long legged doji formation yesterday could attract new buying interest should prices hold above 1.5374. To the upside, GBPUSD will have to battle the 1.556 – 1.5476 region before it can post fresh highs. If the resistance at 1.556 – 1.5476 contains the rally, GBPUSD could potentially succumb to a sharper correction that could see the Cable test 1.50.

USDJPY has struggled to break above 124.795 and has turned bearish in the short term. However, the most recent resistance at 123.3 could come in to support prices which should help push the currency higher. A break above 124.795 will see USDJPY target new highs above 125.

USDCAD has been a bit subdued but prices remain well supported above 1.2383. As long as support holds here, USDCAD could rally higher on break above previous highs at 1.2511 with the goal to eventually target 1.26975. The support at 1.2383 needs to be tested more firmly, preferably with a close near this region in order to substantiate this upside rally. In the event that support breaks at 1.2383, USDCAD could promptly see a decline to 1.22.