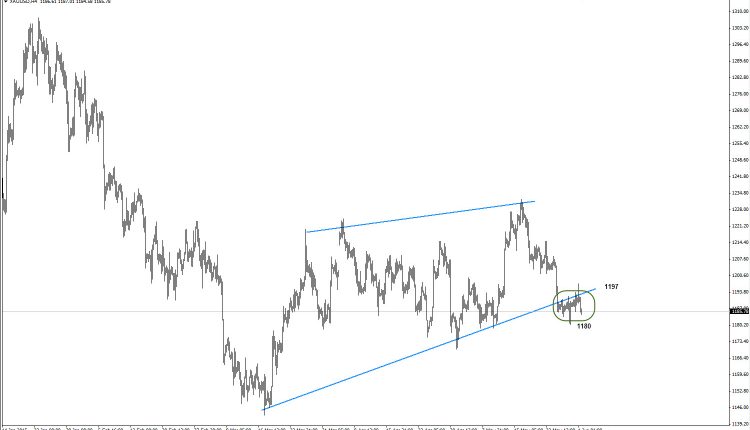 On the short term view ; the market is ranging widely between major levels of 1170s and 1228s ; the breakout of one of these levels would push further the market on the direction of that breakout which would be the new mid-term trend . Moreover, the market buying pressure still exists and accelerates which means more upside move is expected to the levels of 1250 /1270 respectively on the short-term view. Any decline below 1205 ( Pivotal area) would return the selling pressure and more downward move would be generated to the levels of 1170s

On the longer-term view : The view has become stabilized after a drop was expected further ; the market would range between 1280 and 1150; the penetration of one of this level would determine the new longer term( which is downside move is the most probable scenario to target 1150 and 1050 , and an upside move to 1250 before the expected decline ) direction and continuously we would update the view as the factors are changing .