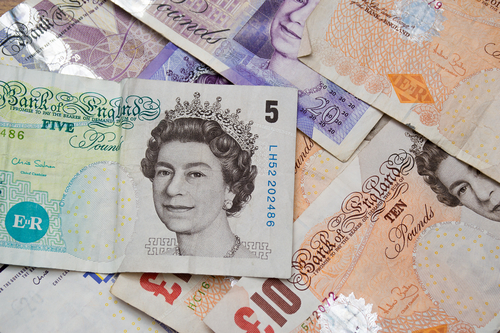 The British Pound saw a volatile trading day as two major economic events were on the tap. Enjoying its strong rally, the Pound Sterling was already trading at yearly highs ahead of the April jobs report.

Data released by the ONS showed that the UK unemployment rate improved to 5.5%, meeting estimates, from 5.6% previously. While the claimant count change did not meet estimates, the average earnings index did rise to 1.9%, above 1.7% previously and beating estimates. The Pound Sterling managed to rally on the jobs report briefly touching a high of 1.565 – 1.57 but was seen to be cautious ahead of the BoE’s inflation report hearing.

The markets were mostly poised to see an upbeat report from the UK’s Central bank. However, Governor Mark Carney offered a mixed bag.

The Bank of England revised its short term inflation outlook higher but lowered its expectations on the medium term CPI expectations. The Central bank also expected to see the UK economy grow at a slower pace than previously estimated.

In regards to the Central bank’s inflation target of 2%, the BoE expects this target to be reached over a period of 2017. As per the BoE’s forecasts, based on current interest rate scenario, it estimated that the CPI would rise to 1.5% around early 2016 and move to 1.9% eventually by the final quarter of 2016.

The report was not as upbeat as expected as the Governor, in his inflation letter was seen noting that the Central Bank would continue to keep its monetary policy accomodative by either slowing down the rate hike expectations or by expanding its asset purchase program, which currently stands at 375 billion Pounds.

The Pound Sterling was under pressure during the inflation report hearing with the GBPUSD failing to break new highs above 1.5747. At the time of writing, the Cable was seen trading briefly lower near 1.5668. As long as price is above 1.5513, the Cable looks to be well supported and we also expect a possibility of a dip down to test this broken resistance for support between 1.5512 through 1.545. However, a break below this price zone could see the Cable decline towards 1.511.

Further risks to the Pound Sterling come from the US retail sales data which is tipped to be soft today on account of weaker car sales during the period.

Around the same time of the data release from the UK, the Eurozone also saw its share of economic data in terms of GDP and CPI estimates being released, which was mostly in line with expectations. The EURGBP was relatively volatile on account of the news from either ends and at the time of writing, the currency pair looks to have stabilized after lifting off from the lows of 0.715 levels.