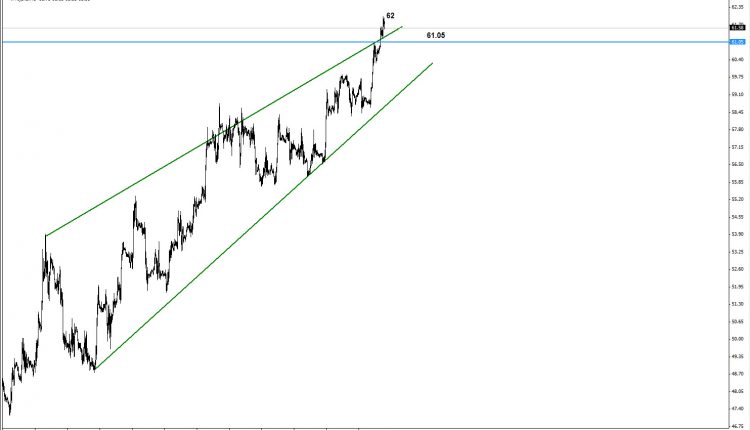 On the short-term view ; the market has succeeded to continue pushing up the prices upwards gradually until it has penetrated the key resistance 56.50 ( now considered as a pivotal support ), and the price continues to fluctuate around 58.00 level. However , by breaking this levels the market has continued the bullish momentum and recorded 62.

However; breaching 57.50 level is offering a good positive motive that supports, represents a major condition. which its targets begin by breaching the bullish channel’s resistance at 60.00 followed by 64.00 levels that represent the main targets for the upcoming period., which requires monitoring the price behavior when reaching this resistance due to its importance to detect the price trend on the short term and medium term basis.

However , on the longer -term the fundamental of the market has not been changed and June OPEC meeting is the awaiting event for the energy observer , with no change – as expected – about the adjustment of the supply then more down move is the new wave on the future to target below 40 per barrel .