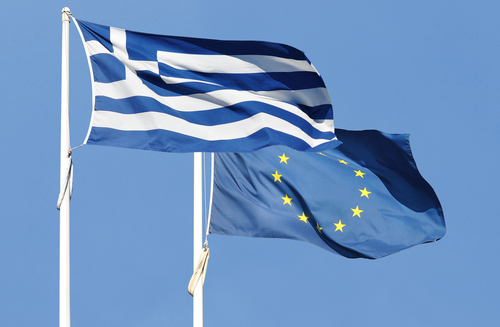 The markets started the week on a very quiet note with most of the major trading hubs closed for business on account of bank holidays. However, the thin trading conditions throughout the day saw a marked theme of a weaker Euro across the board.

With not much data to go by, Greece was back in the spotlight as various news outlets started reporting that Greece was running out of cash. Although this has been a theme in recent weeks, the fact that the Greek Government has to dip into its IMF reserves to pay off its previous debt showed how close the country was towards defaulting on its debt obligations to the international creditor. The ongoing tussle between the Eurogroup ministers and the hard-line stance from the Tsipras government showing no room for compromise, the IMF had already indicated that it would not participate in the third bailout talks given the scheme of things.

The weeks ahead will see the Greek government face another debt repayment but the question on everyone’s mind is how the country will manage to get its hands on some much needed funds. Talks between the Eurogroup ministers and the Greek governments continue.

Over the weekend, Spain’s regional elections saw the rise of new political parties gain a foothold. The new political establishments saw its vote bank increase considerably, riding on the prevailing theme of austerity and harsh cuts to social spending. Although the ruling People’s Party (PP) has managed to keep its major chunk of votes, the fact that it lost some of its ground to the new upstart political parties was a stern warning to the ruling party about its waning popularity.

The above factors played a little if not some role in souring the mood for the Euro, single currency which staged quite a remarkable rally against the Greenback.

The US Dollar, which weakened on the back of weaker than expected economic data which is expected to see the first quarter GDP growth contract while seeing a lower than expected growth in the second quarter. There was some respite for the US Dollar Bulls since last week, led by a better than expected housing markets data. Investors also got a boost of confidence from Fed Chair, Janet Yellen who late Friday sounded hawkish on the Fed’s interest rate hike. The Greenback staged a strong comeback since last week and looks poised to hold on to its gains ahead of the main risk coming from the revised first quarter GDP expectations from the US due to be released this Friday.

EURUSD which managed to rally towards 1.14 saw the rally fizzle out as the currency failed to break above the previous resistance at this level and saw a sharp decline to trade below the 1.10 handle. At the time of writing, EURUSD was trading at 1.095 and could possibly dip towards 1.082 in the near term.

With the markets reopened today, investors will be looking to the US economic data due later today. Durable goods orders are expected to show -0.4% decline for the month after rising 4.7% previously. Also on tap today will be the CB consumer confidence and the Richmond manufacturing Index.