Draghi and Kuroda talk on the effects of QE 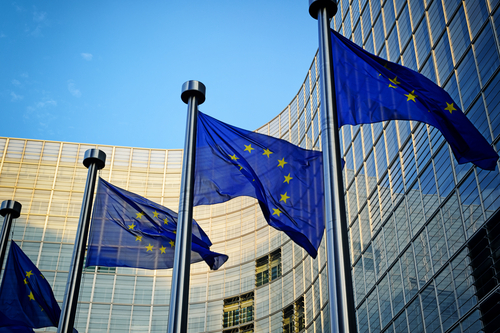 ECB Chief, Mario Draghi and Bank of Japan Governor Kuroda gave a speech in two separate meetings with the common underlying theme being that of their respective Central Bank’s decisions on launching the Quantitative Easing program.

ECB Chief, Mario Draghi was in New York and gave a speech on the sidelines of a meeting with IMF head Christine Lagarde. Market speculators have been quite verbal in expecting the ECB to close out its sovereign bond purchase program prematurely, ahead of its September 2016 deadline on the fact that within a few months of launching the QE program, economic activity has started to show signs of a pickup in the Eurozone.

During its previous meeting, the ECB addressed this speculation noting that the ECB remained committed to purchasing sovereign bonds, sticking to its course and put to rest any speculation of an earlier than expected close to its QE program.

This same theme was reflected in yesterday evening speech in New York. Keeping in line with his famous one-liners, Mario Draghi was quoted by the media as reiterating that the ECB’s QE will remain for “as long as needed” in order to stabilize prices. The speech also outlined the efforts made by the European Central Bank to achieve its mandate of maintaining price stability while staving off deflationary risks to the region. Overall, the speech was aimed to send a clear message to the markets that the ECB was not yet done with its QE, meaning that the monthly purchases from the European Central Bank, which amounts to 60 billion euro per month in sovereign bond purchases was here to stay, at least until September 2016.

The Euro was a bit under pressure during Draghi’s speech but soon resumed their usual trend with the EURUSD posting new gains.

Earlier today, Bank of Japan Governor Haruhiko Kuroda took the opportunity to quell any doubts about the Central Bank missing its 2% inflation target. The speech was scheduled to mark a 2-year milestone since the Japanese Central Bank embarked on its massive QQE or stimulus program. The BoJ’s QE program has often been the target for critics on both sides, with one school of thought calling for more stimulus while the opposite school of thought expects the QE to do more harm.

In his speech, the BoJ Governor took the opportunity to ascertain that QE was having its desired effects and that there was no change to the Central Bank’s inflation target. He also sounded optimistic that the bank would reach its inflation target despite short term headwinds.

The Japanese Yen reacted to the speech and weakened across the board with most of the stronger currencies gaining ground with the Euro and the British Pound leading the way followed by the Australian Dollar. The Kiwi and the US Dollars saw a more subdued reaction.

The dollar is strongly hit by the weak start of Q2