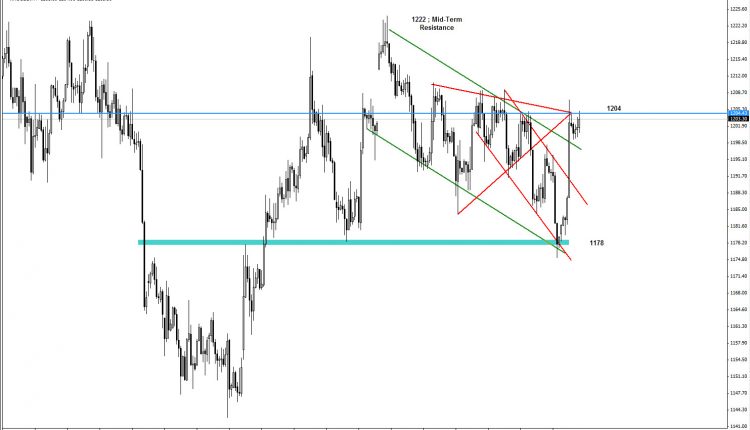 On the Short-term ; the market has penetrated the short-term support area which is 1188 ; however , this breakout could not be trusted unless market would be traded below 1178.As we can notice on the chart ; the market is trading at a declining channel ; after reaching the lower band of that pattern the market has rebounded more upside movement on the last trading session as we expected and hit 1207.00 level, there might be chances of slight bearish rebound in the upcoming sessions, and possible visit to the sideways range support at 1181.00 , but , in case market penetrated that channel and traded below the levels of 1178/1175 more downside prices is expected as we mentioned on the longer view.