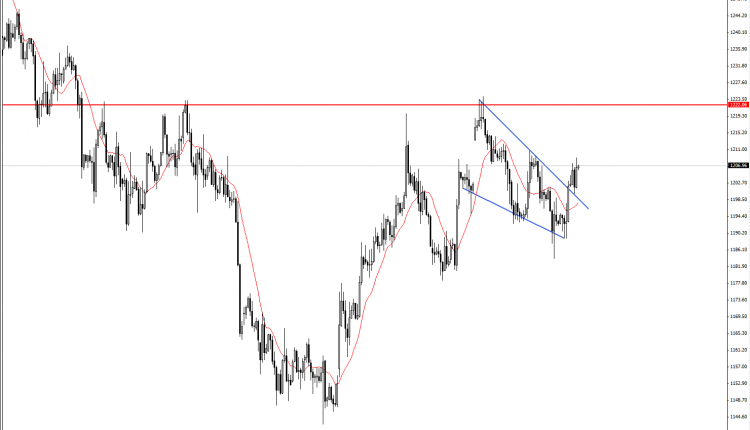 On the short term , the market still ranging between wide levels 1185/1225 – we are still neutral until we get clearer signal for the next trend, through breaking 1181.00 support or breaching 1205.00 resistance- with down move is again sustained .

On the longer-term view : The view has become stabilized after a drop was expected further ; the market would range between 1250 and 1190 ; the penetration of one of this level would determine the new direction and continuously we would update the view as the factors are changing .