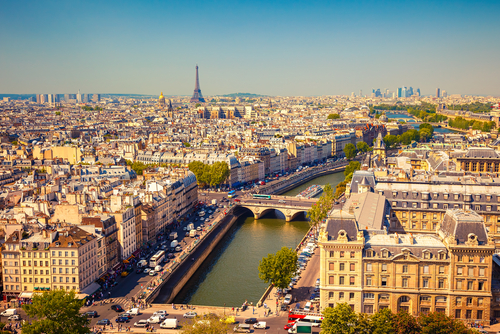 The Asian markets opened today with the Greenback trading mixed, weighed down by yesterday’s retail sales and PPI data. The Aussie and Kiwi dollars were relatively subdued but managed to keep up the gains from the previous day.

Early data from the Asian session included the closely watched China GDP, which managed to meet expectations at 7%. However, other sub readings of the data showed weaker than expected growth, fuelling rumors of a possible further monetary easing from China. The Aussie and Kiwi, in this backdrop managed to hold their ground.

The Japanese Yen continued to trade stronger, with USDJPY briefly making an intraday high towards 119.695 before giving back its gains.

The European trading session saw the CPI data from Germany and France, which was mixed. The data was largely ignored by the Euro ahead of the main ECB event later in the day. EURUSD was seen trading near the lows of 1.056 levels into the ECB’s press conference, while the British Pound was seen a bit stronger today, after breaking out from the intraday triangle consolidation pattern.

The European Central bank left interest rates unchanged and followed up by the press conference, which was briefly interrupted by a protestor. The press conference resumed quickly and Draghi was back to business. The key talking points were:

The US trading session saw the release of the Empire state manufacturing index which disappointed, printing -1.19. The US Dollar Index was little changed but remained subdued on the news.

Canadian manufacturing sales data was also released, which was weaker than expecting, falling -1.7% and below estimates. Previous month’s data was also revised lower to -3% from -1.7%. The Canadian dollar was trading mixed, stronger against the Greenback and weaker against currencies such as the Australian dollar. However, the Bank of Canada interest rate decision and press conference is due later today. Markets are expecting a no change to interest rates but expect to see a dovish statement.

6 Classic Reasons why you are losing money trading forex