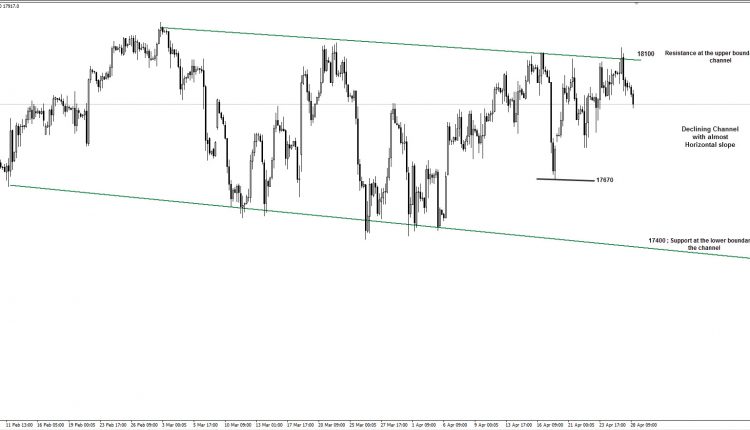 Equity on a bigger consolidation pattern

On the longer-term as long as market trading higher than 17,000 us dollar for the index ;then it is an buy opportunity to target $20,000. in case now rate hike by the Fed. However , on the chart we can see the market trading within the channel ; which means 80% of the attempt to breakout that channel would be failed .However , in case market successfully broke one of the bands of that channel we would see further movement aggressively on the breakout direction.

Market on short-term is in a correction phase would target 17250 in case is traded below 17500 , while in case market continued its upswing and crossed 18000 then our longer-term target of 20,000 would be most probable. Moreover , the range which the market trading inside it would be also continue till a successful break of 18200 or 17000 and the breakout direction would push the market further on new levels on the mid-term point of view.

So market will be ranging with up slope until 18,200 penetrated then 18,500 would be the coming target (Higher probability scenario )