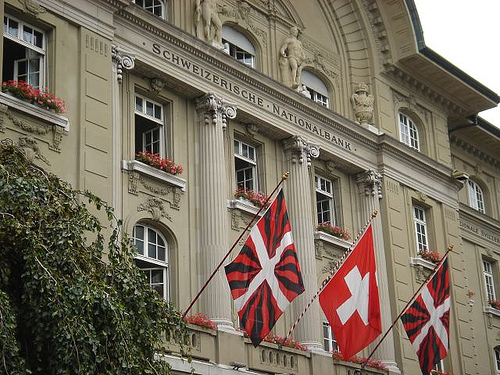 The Swiss National Bank today decided to leave interest rates unchanged and refrained from taking any monetary policy action as widely expected. The key highlights of the SNB’s monetary policy were:

The Swiss Franc gained momentum on the SNB’s inaction with price briefly dropping to lows of 1.2015 levels, just a few points short of the 1.20 peg. The reaction was more evident in GBPCHF which declined considerably, hitting lows of 1.5135 levels. The USDCHF was also weaker but the reaction was far more stable.

The SNB’s inaction as noted in our daily analysis is merely a ‘wait and watch’ mode of the Central bank. With the ECB refraining from expanding its QE policy at its last meeting earlier this month, focus will shift to the first quarter of 2015 where any quantitative easing actions from the ECB is likely to spark reaction from the SNB which could also involve pushing the 3-month LIBOR rates into negative territory.

The Euro continued its bullish momentum in the run up to the TLTRO auction perhaps as a precursor to the possibility that the second tranche of the TLTRO auction would fall short of its target of 148 – 150bn Euros.

According to the data released by the ECB, European banks received loans of 129.8 billion Euros, falling much short of expectations. The second tranche of the TRLTRO loans come with a fixed interest rate of 0.15% with maturity in September 2018 and the option to repay the loans after 24 months. In the previous first round of the TLTRO auctions, banks had taken up a meager 82.6 billion Euros of targeted loans. However, this Friday, the ECB will be announcing the results of the 3-year LTRO repayment which is more likely to give a better picture of the loans taken up by the European banks.

The Euro was little changed on the news, as a lower than expected take up of the TLTRO2 is likely to put further pressure on the ECB to kick start its bond purchases during the Q1 of 2015. At the time of writing, the EURUSD was trading near the levels of 1.245 after hitting a session low to 1.2413 as noted in our daily analysis report. With the major support/resistance level being tested for support, EURUSD could potentially eye further upside gains with the most immediate target of 1.25 handle.

Keep a diary about your trading