Buy the rumor, sell the fact 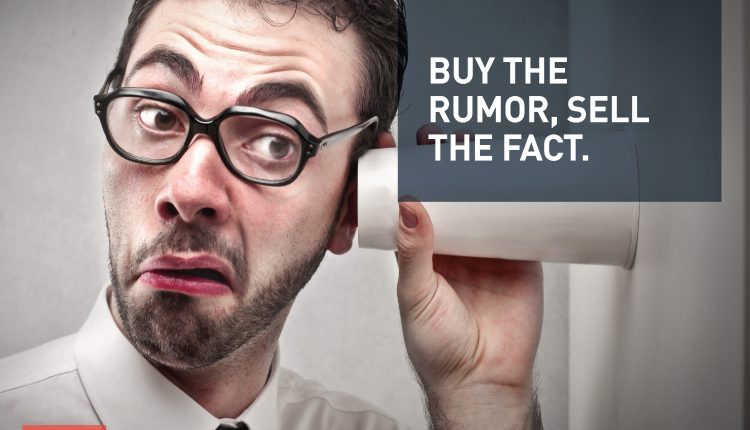 Buy the rumor, sell the fact

A somewhat counter intuitive aspect of financial markets, including the forex market, is that traders tend to react initially to rumors of an event, but then once the rumored event becomes a fact, the previous reactive move tends to reverse itself considerably.  Since there is no insider trading laws that relate to the forex market, when a trader obtains information that is relatively private, they can readily establish a forex position based upon how they think the rest of the market will react.  As news of this information spreads among market participants as a rumor, more traders jump on the bandwagon. Once the information is eventually published to the public at large, the market may react briefly as expected, but this just presents an opportunity for traders with advanced knowledge to square positions and take their profits.