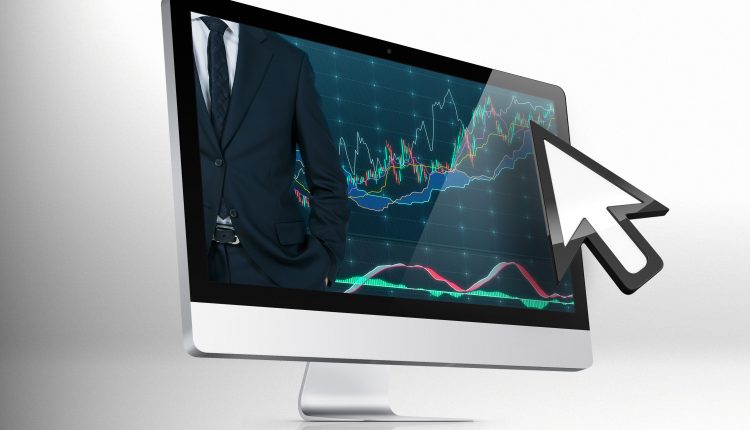 In this trading strategy, EMA Crossover with Fibs, the basic chart set up is very simple. The indicators used are:

The indicators are applied to the H4 charts.

The 20, 55 EMA crossover strategy works on the following principles.

The chart below shows a typical set up, which is explained in detail later in this article.

In the above chart, we measure the swing high and low, prior to and after the bullish crossover. Trade is entered when price retraces to the 38.2% Fib level with stops coming below at 61.8% Fib level, targeting 127.2% and 161.8%.

This trading strategy requires traders to be alert, especially after the EMA’s crossover as the retracement to 38.2% is very quick in most cases with price usually making a long dip to the 38.2% Fib level before it starts to move in the direction of the trend.

The chart below gives an example of a buy set up using this strategy. We make use of the line chart to illustrate how to use the Fibs to measure the swing high and low points that are created.

The following chart shows an example of a short position

This strategy is one of the simplest and offers a very good risk/reward ratio for all trades. The most ideal trades are those where the 38.2% Fib level shows confluence with the 55EMA, thus increasing the odds. Unlike trading based off the moving average crossovers, the retracement method allows us to enter only after a trend is established. Furthermore, the defined risks ensure that all trades have a good RR, thus making this is a very robust trading strategy to follow.

By using only the H4 charts, this trading strategy is suited for traders where the average trade holding time can be from a few days to a week or two at the max.

How to use the Stochastics Oscillator