FOMC preview: It’s all about the balance sheet 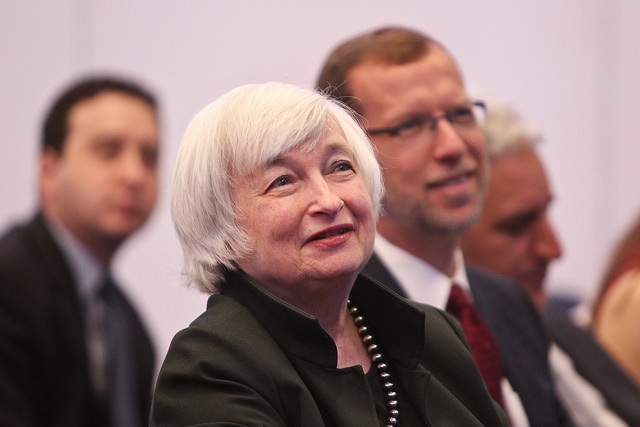 The FOMC meeting this week will be interesting as the Fed is all set to announce its balance sheet reduction program. After starting with years of quantitative easing program to stimulate the economy, the Fed will soon start to unwind its Treasury and Mortgage Backed Securities (MBS) starting September.

Having signaled its intentions to begin unwinding the balance sheet, which sits at over $4 trillion, the Fed is expected to start with a modest $10 billion per month reduction.

By doing so, the Fed will allow the Treasuries and MBS that it holds, to mature instead of reinvesting. The size of this balance sheet reduction is then expected to increase by an additional $10 billion every three months. By October 2018, the Fed is expected to accelerate, with the monthly unwinding reaching $50 billion.

Still, it is expected that the balance sheet normalization will take at least a few years, set against the uncertainty of a potential new candidate being appointed as the Fed chair when Yellen’s term expires in February next year.

On interest rates, no changes are expected. However, with the press conference scheduled later, the markets will get a chance to hear from Ms. Yellen on the Fed’s plan to further hike interest rates one more time this year. At this week’s meeting, the Fed funds rate is expected to remain steady at 1.25%.

The five-year consumer inflation expectations also rose slightly from 2.5% in August to 2.6% in September, giving a boost to the Fed’s view that inflation weakness was transitory.

Data released last week showed that consumer prices in the United States rose 0.4% on a month over month basis in August and pushed the year over year inflation rate to 1.9%.

US retail sales decline in August

Despite the uptick in inflation, retail sales in the US.posted poor numbers as consumers bought fewer goods. Retail sales rose 0.2% on a seasonally adjusted basis in August compared to the month before. July’s retail sales were revised down to 0.3% from the previously reported 0.6% increase. June’s numbers were also revised lower.

Excluding autos, retail sales rose 0.2% on the month, but it was slower than the expected increase of 0.5%. The US department of commerce said that the Hurricane Harvey was not the sole reason.

The weaker pace of retail sales, however, puts focus on the economy. With Hurricanes Harvey and Irma causing damage, the US economy is expected to post a slowdown during the third quarter. This was evident by the fact that the latest industrial production numbers showed a 0.9% decline across factory output, mines, and utilities.

The decline in August comes on the back of industrial production rising steadily over the past 6-months.

Despite the uptick in inflation, considering the anticipated weakness in the US economy, the Fed is likely to remain neutral this week on interest rates. The focus will, therefore, turn to the balance sheet normalization.

So far, Fed officials have remained mixed on the inflation outlook. But by far, the common underlying theme has been that officials were under no pressure to push forward with interest rate hikes. This could potentially mean that the US dollar will remain vulnerable to the market interpretation from the FOMC this week.

The US dollar index has remained trading near a multi-year support level of 91.44, which could see some upside in the near term. However, the risk a break below this support level could spell further weakness for the greenback.