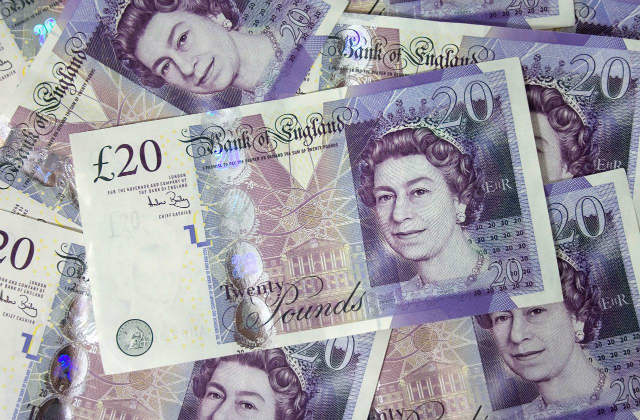 For the 2nd time in almost one year, the EUR/GBP exchange rate attempts and fails to hit the headline-grabbing parity level 1-1.  During the Eurozone crisis, a popular opinion backed the euro to fall towards the GBP 0.50 level.  After the Brexit referendum, popular views shifted towards expecting GBP 1.0 per one euro. But EURGBP is down 5% this month, following 4 consecutive monthly gains as a result of rising expectations of a Bank of England rate hike before year-end. So where will euro head next against the British pound?

A BoE rate hike before year-end?

Sterling’s September rally came largely as a result of increasingly hawkish views inside the 9-member Monetary Policy Committee that a rate hike can be delivered as early as next month. The main reason to such rhetoric is that UK inflation has climbed to 2.9%, well above the Bank of England’s 2.0% target. The odds of a BoE hike before year-end have shot-up to 83%.  I see a 90% chance of a rate hike to occur November.

Despite UK inflation being higher than the rest of the G7 nations, there are arguments against raising rates. UK earnings growth is barely growing at 2.0%, failing to respond to rapid employment growth. The ongoing uncertainty over Brexit negotiations is raising several questions over the future course of the economy.

GDP growth is expected to grow 1.6% in 2017, but widely expected to drop to 1.0% in 2018. And since the run-up in inflation is largely associated with the 15% decline in the value of the pound over the last two years, BoE governor Carney may be using currency policy instead of interest policy as a tool to contain inflation. And even if the BoE does end up raising rates this year, prospects for subsequent tightening are likely to be slim at best. Finally, Moody’s latest downgrade of the UK’s sovereign debt rating reflects the worsening fiscal situation in light of Britain’s future economic standing in and out of Europe.

The ECB’s inevitable path towards reducing monthly asset purchases from the current EUR 60 bln will cause much volatility as speculation arises over the timing of the next taper –will it start in October, November or December?– and over the magnitude of the taper –by EUR 10 bn each month or three months or more?. For a clearer view about the likely timing and magnitude of the ECB’s taper, euro traders must watch next week’s minutes of the September ECB decision. 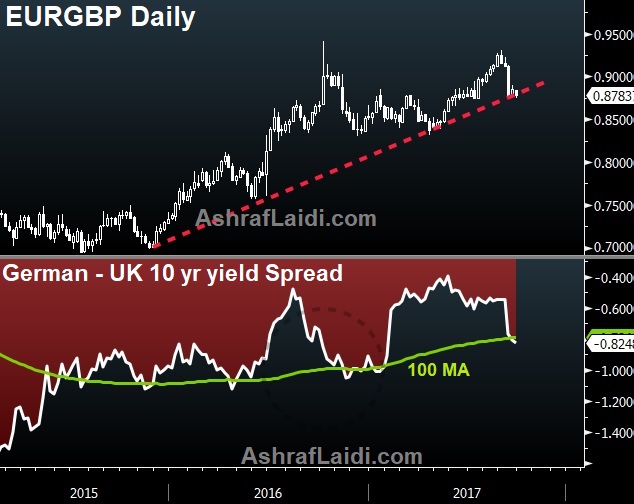 Both the EURGBP pair and the spread between German and UK yields continue to be supported by a rising trend over the last 3 years. The 0.8750-55 zone is highlighted by an important cluster support on the weekly chart between June and July. Only a break below the 55-week MA of 0.8710 would open room for fresh downside towards 0.8400 and the double top target of 0.8200. I remain bullish the pair, favouring a return towards 0.9100 by year-end.

Euro poised to log further gains against the British pound