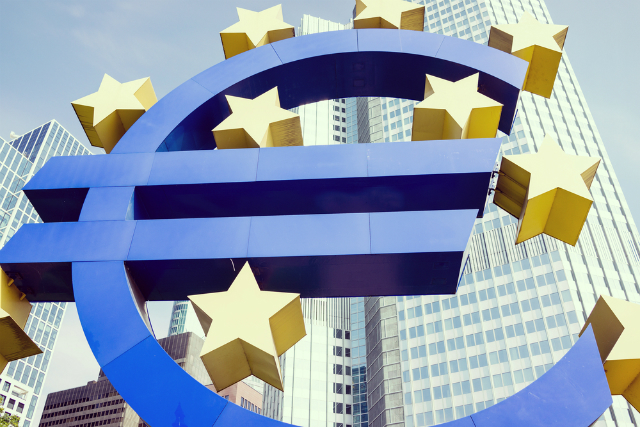 Preliminary data from Eurostat released earlier this week showed that the pace of economic output expanded 0.5% on a quarterly basis in the three months ending March 2017, beating estimates of 0.4%.

The flash estimates confirmed the various business confidence surveys that suggested that growth in the euro area continued to push higher amid what seems to be a strengthening recovery in the economy, despite political headwinds such as the French and soon to come, German elections.

At the current pace, forecasts are tipped to show that growth in the euro area could rise as much as 1.5% this year.

Real GDP growth in the euro area stands at 3%, marking a pre-crisis level with the carry over effect putting 2017 real GDP growth at 1.1%.

The flash estimates come on the back of published GDP figures from six regional economies which include Spain and France but exclude German GDP growth.

Germany will be publishing the quarterly GDP figures next week.

A pick up in domestic demand is seen as one of the major factors contributing to the GDP expansion. The shared currency was muted to the news and failed to hold on to the gains against a strong U.S. dollar which strengthened on the back of the FOMC meeting where interest rate expectations for June remain strong.

Besides the optimistic GDP numbers, manufacturing PMI in the region also had some good news. IHS/Markit’s final manufacturing PMI for the Eurozone rose to a 6-year high in April at 56.7, accelerating from March’s print of 56.2.

The better than expected figures in the manufacturing sector were also supported by a similar jump in the services sector. Data released yesterday showed that the final composite output index rose to a 6-year high at 56.8 in April.

This was higher than 56.4 registered in March and beat the flash estimates of 56.7. The business activity in the region was seen expanding for 46 straight months in a row with output growth accelerating among both manufacturers and service providers.

The continued improvement in the Eurozone is likely to see the markets starting to build expectations of an eventual tapering from the European central bank. At its most recent meeting in late April, central bank officials maintained the status quote noting that monetary policy would remain supportive of the economy.

The comments came on the backdrop of a decline in consumer prices in April. However, a day after the ECB’s meeting; the flash inflation estimates showed that consumer prices bounced back during the month. After rising just 1.5%, headline consumer prices rose 1.9% on a year over year basis in April, while the core consumer price index rose 1.2%, up from 0.7% previously.

The ECB is maintaining that it will remain accommodative on monetary policy and will keep an easing bias. The central bank is facing stiff resistance from within itself, with Germany being one of the staunch opponents to the QE having made calls for the central bank to wind down the asset purchase program.

The euro remained rather flat this week in anticipation of today’s payroll figures for April and the weekend’s French election results, both of which could offer some short-term headwinds to the common currency.